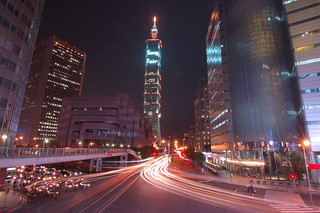 When I ask people about the language that is used in Taiwan, many people will answer "Mandarin" and probably a small number of them will add "Taiwanese". In fact, Taiwan has more than that!

The official language of the country is Mandarin, the same language spoken in China. Besides, Taiwanese language is widely used in households, public places, and even in political campaigns. There are also Hakka and aboriginal languages.


Announcement inside public transportation, such as train and subway, broadcasts in four languages – Mandarin, Taiwanese, Hakka, and English. On the other hand, announcement in tourist destinations and shopping malls, which I have encountered, broadcasts in Mandarin, English, and Japanese. Those languages can be found in Taiwanese TV programs too.

Apart from that, Taiwan also has many migrant workers from South East Asia, such as Vietnam, Thailand, Indonesia, and the Philippines. They work mostly in factories and households. Their presence in Taiwan gradually enriched the culture and the language of Taiwanese. It is very easy to find these South East Asian people, shops, and restaurants. Moreover, they usually hang out with their country mates on the weekends and meet in certain places, such as train station or around the restaurants and shops of their countries. There are also books, songs, and imported products from South East Asia that can be found in restaurants and shops easily.