Medan Chinese: The most controversial community in Indonesia 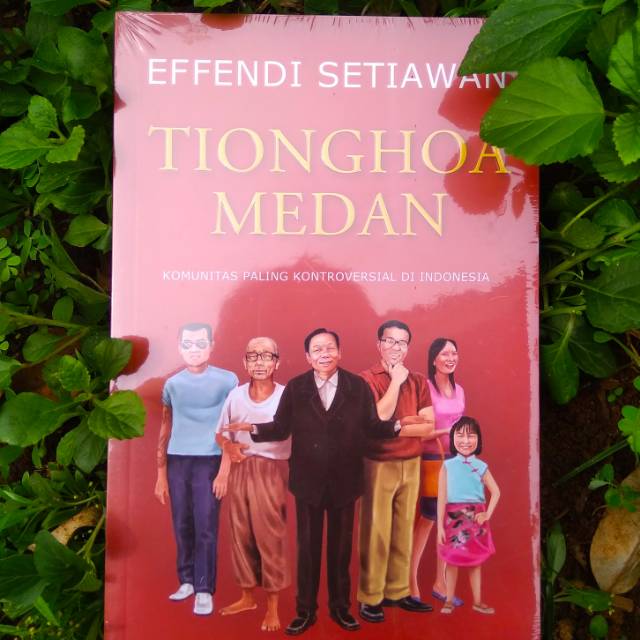 The author was born in Binjai on August 22, 1959, but grew up in Medan. His youth was spent as a journalist at Analisa Daily for 11 years. During his career as a journalist, he won various writing competitions both at the North Sumatra and national levels. After from Analisa Daily, he worked as an entrepreneur and had time to lead the Medan Bisnis Daily and the Global Daily.
"An interesting book, because it was written by an ethnic Chinese of Medan who have broad associations and is good at writing. This book is not only enjoyable to read, but also provides benefits for getting to know a community that has been misunderstood by other groups. For my fellow Chinese from Medan, this is the right book to be used as a mirror for introspection."
Edy Rahmayadi
Governor of North Sumatra

Medan Hokkien is a dialect of Hokkien spoken by Chinese Indonesians in the Indonesian city of Medan. It is the lingua franca in Medan and the adjacent northern city states of North Sumatra, and is a subdialect of the Zhangzhou dialect, with significant use of Indonesian and English borrowed vocabulary. It is mostly a spoken dialect; it is rarely recorded in Chinese characters because the use of Chinese characters was prohibited in Indonesia during the New Order era.
When compared to other Hokkien dialects spoken in Malaysia and Singapore, Medan Hokkien is still comprehensible to some level. Speakers of Medan Hokkien may have a similar accent to Malaysian and Singaporean speakers. Penang Hokkien is the most similar to Medan Hokkien. Both are so similar that it is impossible to determine the difference between the two if the Medan Hokkien speaker does not blend Indonesian language borrowings in their talk.
Reference. Tionghoa Medan: Komunitas Paling Kontroversial di Indonesia
chinese community hokkien indonesia medan minority north sumatera penang sumatera