Indonesia is a vast country in Southeast Asia that anyone can recognize easily on the map because it borders the sea, thus its country border is also the sea border. Hundreds of ethnic groups and languages exist in Indonesia. Despite having numerous writing systems, the government recognizes the Latin alphabet as the official writing system, which was introduced during the colonization by the Europeans.
A large part of Indonesia became a Dutch colony from the 19th century until independence. As a result of the European colonization, two major things happened:
After the official recognition of the Latin alphabet writing system, it quickly replaced the existing local writing systems for written communication. However, some local writing systems are still used mainly for religious purposes or traditional decorations. It is also used by the local government on banners as an effort to show its local identity.
The following are 6 of the existing local writing systems in Indonesia.

Jawi is the Arabic script used for writing the Malay language. Muslims in Thailand and Indonesia don’t use it as often as those in Malaysia and Brunei. Businesses in the Malaysian states of Kelantan, Terengganu, and Pahang have to use Jawi on signboards. Jawi has a high status in Brunei, where the size of the Jawi script is required to be double the size of its Latin alphabet. 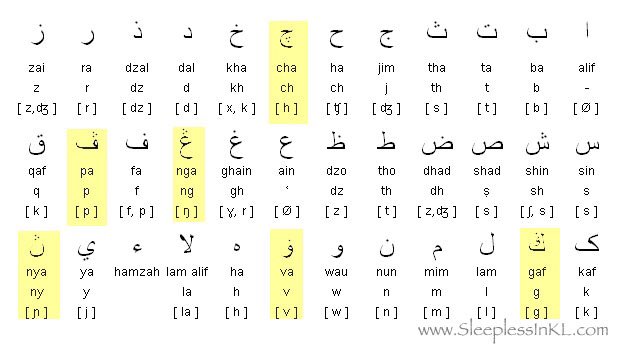 The Buginese, Makassarese, and Mandar languages from Sulawesi island used the Lontara script as their writing system. Nowadays, it is used in traditional literature and handwritten items such as wedding documents and personal letters. The Lontara script can also be seen on some street signs. It was also introduced to the nearby islands of Sumbawa and Flores, where it was adapted to the local languages. 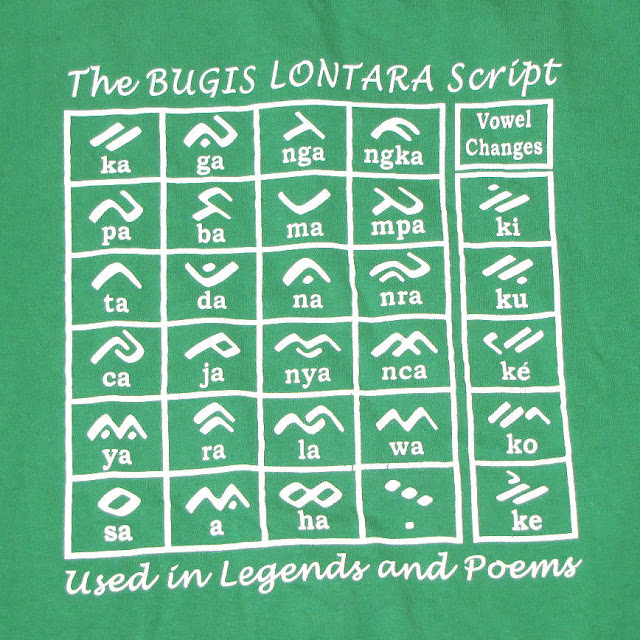 It was a writing system created by the people of West Java to write their language called Sundanese language. They had the following criteria:
The result represents a very rare attempt by a government to adopt a writing system based on history, culture, and identity rather than convenience or simplification. Nowadays the Sundanese script has been used more for touristic, artistic, and commercial purposes. 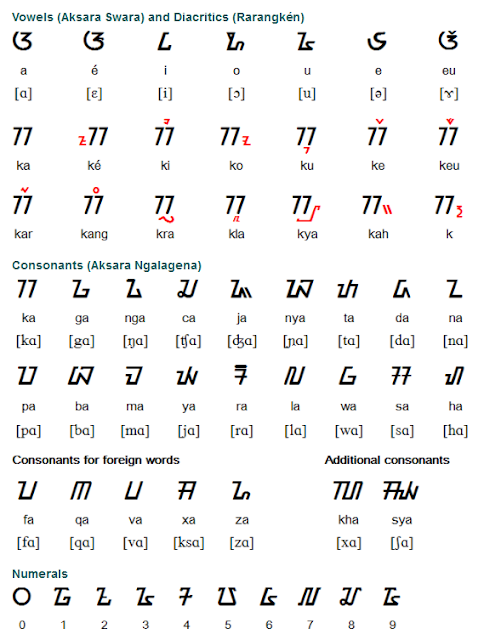 Anyone in Batak society could learn to write the Batak script, it doesn’t matter if they were poor or wealthy, particularly the young men who wrote love letters. The Batak script is used to write the Batak languages of North Sumatera province. Several font types are available for use on Macintosh, Linux, and Windows operating systems since 2020. This has made the writing and teaching of the Batak languages easier for students and educational institutions in North Sumatera province, such as the University of North Sumatera. The Balinese script is used for writing the native language of the people of Bali called the Balinese language. It is one of nearly 200 descendants of the Brahmi writing from India. In historical handwritten documents, Balinese and Javanese are almost identical. Balinese script can also be seen on the road signs, gateways to villages, temples, and government buildings. 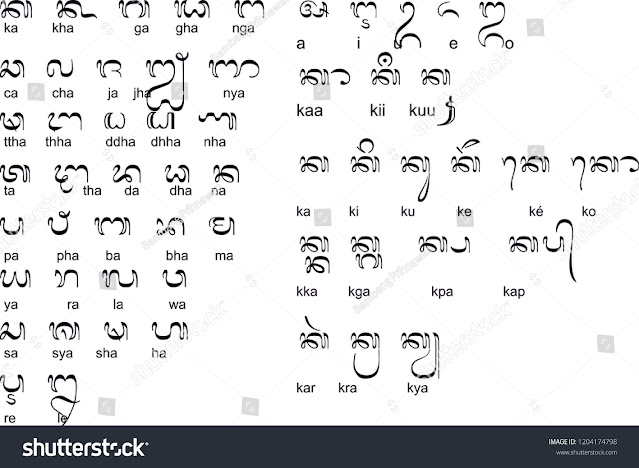