Penang Hokkien is my mother tongue.  It is one of the few languages that have remained largely in spoken form all this while.  Although there have been various attempts to write Penang Hokkien, this is I believe this is the first attempt of establishing an orthography for this 300-year-old language in the computer age.

I regard Penang Hokkien as the great layer cake.  Over its long history, it absorbed successive waves of immigrants, each arriving in Penang at different times.  Therefore, depending on when our forefathers arrived, and where from, the Penang Hokkien that we speak may differ marginally.  Yet, to a great extent, we are mutually intelligible, and we are able to differentiate our Hokkien from that spoken elsewhere.

In Penang, it is possible to use only Penang Hokkien throughout the day - whether you are buying things in the market or shopping malls, or speaking with the neighbors, or calling a taxi.  Although it was derived from the language of the Hokkien community, Penang Hokkien is spoken by most of the Chinese people in Penang, and not just the Hokkien.

In 2008, the inner city of George Town was recognized as a World Heritage Site.  Since then, we have become more aware of heritage.  However, most people are only able to appreciate the tangible heritage, in the form of local real-estate, which has seen a huge price increase since World Heritage inscription.  At the same time, we seem to neglect our intangible heritage, chiefly Penang Hokkien.  It is not taught in our schools, and with priority being given to Mandarin, many children are unable to speak Penang Hokkien properly.

The Situation with Hokkien

On television, there is now a channel entirely in Hokkien.  However, the Hokkien used on TV is not often Penang Hokkien.  Quite often, it is Southern Hokkien, a dialect spoken on the southern part of Peninsular Malaysia, and Taiwanese Hokkien, which offer the bulk of Hokkien-language material. Since the 1980s, there has been a resurgence of interest in Taiwan to promote the use of Taiwanese, and this is reflected in the number of TV serials and dramas now available in that language.

However, Taiwanese is not completely mutually intelligible to Penang Hokkien.  I do not fully understand a show that is in Taiwanese.  There is a concern that local exposure to Taiwanese will erode the way we speak own native tongue.  It doesn't help that Penang Hokkien does not have a writing system that has been commonly accepted.  In the absence of that, it is difficult to create written material that could have helped strengthen the position of the language.  There wasn't even a dictionary in Penang Hokkien in a writing system that is commonly accepted.

In mid-2013, I made the decision to save Penang Hokkien from further external threats.  The first step towards that is to create a writing system for the language.  Right from the start, I determined that the writing system should be unique, so as to differentiate Penang Hokkien from other forms of Hokkien. That way, one can immediately identify a written work in Penang Hokkien.  Secondly, the writing system has to be in the romanized form.  That will make it easily accessible to everybody in Penang, as not everybody in Penang - not even myself - read Chinese.  Also, a romanized writing system will help tourists visiting Penang speak the language without being encumbered with having to learn Chinese characters - of course, the common denominator and expectation are that tourists understand English.

In order to create a written system for Penang Hokkien, I learned the history of Chinese migration into Southeast Asia and the history of Hokkien romanization.  I looked at the various romanization systems in existence and studied the various dictionaries compiled since the 19th century, most of which by Christian missionaries.  I determined what I can adopt from the existing system, and what I need to replace.  In addition, I also looked at the romanization of Mandarin, particularly Hanyu Pinyin and the Wade-Giles romanization system.

Unlocking Penang Hokkien to All

I observe that most of the romanization systems were created prior to an age where people telecommunicate extensively.  As the creators of these early romanized forms could not see into the future, where people will be using emails and iPads, they created systems to serve people who are expected to hand-writing the language.  These generally employ the use of diacritic marks and unique letters to represent the sounds and tones of the language.  However, this form of writing becomes cumbersome in the present age, when one often communicate by typing onto a keyboard, and an ASCII-type keyboard without any forms of diacritic marks and symbols.

I also studied the difference between a phonetic system and an orthography.  It is not enough to simply transcribe the sounds in Penang Hokkien into written form, I also have to ensure that what is written conveys a precise meaning.  In other words, there should be no ambiguity in the written form.  A written language is, after all, an invention that has to be taught; it is different from a spoken language that children could pick up on their own.

Up until now, speakers of Penang Hokkien simply transcribe words, each in his own way, whenever he needs to get something in the language written down.  Although a number of words have emerged as common accept spelling, particularly those related to food and people's surname, to a large part this random transcription works only in conveying the simplest ideas, where the reader can glean the meaning from context.  Without a standard spelling for the words, ambiguities often arise, and when they do, there is no dictionary to refer.  So one of the major requirements of establishing a written form for Penang Hokkien is to standardize the spelling of words and to compile them into a dictionary.

Penang Hokkien is a tonal language.  How you pronounce the words carries specific meanings.  Similar to other Chinese languages, Penang Hokkien is rather economical in the number of syllables of each word - most words in Penang Hokkien contain fewer syllables than Malay.  It compensates for this compactness by having a host of homophones - words of the same pronunciation and tone, but have different meanings.

Words in Penang Hokkien undergo shifts in tone within sentences as well as within compound words.  On top of that, different moods can be conveyed by altering the tone.  A writing system for Penang Hokkien has to take this into account, and at the same time be able to disambiguate homophones, especially of common words that are in regular use, while remaining easy to learn.

Previous attempts at romanizing Hokkien split the tones to 7 or even 8 different classes.  This is unnecessarily complicated.  I  find that these can be reduced to four without threatening intelligibility.  I map the four to the tones of Mandarin, the only tonal language which most local speakers are familiar with.  With this reduction, the rules of tone sandhi in Penang Hokkien is correspondingly simplified.

The basic building block of words in Penang Hokkien is the morpheme, most of which comprise one syllable.  I assign each syllable with a tone number, namely 1, 2, 3 or 4.  These can change tone within words and sentences.  For a group of tone-3 morphemes that do not undergo tone change, I assigned the tone number of 33.  This and other rules, such as hyphenation and spacing, form the new orthography for writing Penang Hokkien.

Having created the writing system, the next step is to ensure that every word in the language has a specific spelling.  Those who wish to become literate in Penang Hokkien has to learn the spelling, rather than to spell as they please.  Words and their definition are discussed on the Learn Penang Hokkien Facebook Group, where actual speakers contribute their opinion and input.  As such, the compilation is the result of collaboration with people who use the language.

With the grammar and dictionary in place, the next step is in creating reading material and lessons, so that people can learn Penang Hokkien.  The advantage of living in the Internet age is that lessons are no longer confined to the physical classroom.  Through webpage, audio, and YouTube videos, now anybody who wants to learn Penang Hokkien can do so from anywhere in the world.

I acknowledge that it is no easy task to establish a written form for a largely spoken language, and it will take time for people to get to know it, to accept it, and to use it.  But I face this challenge with passion, in the hope that one day, I can communicate in writing in my mother tongue. 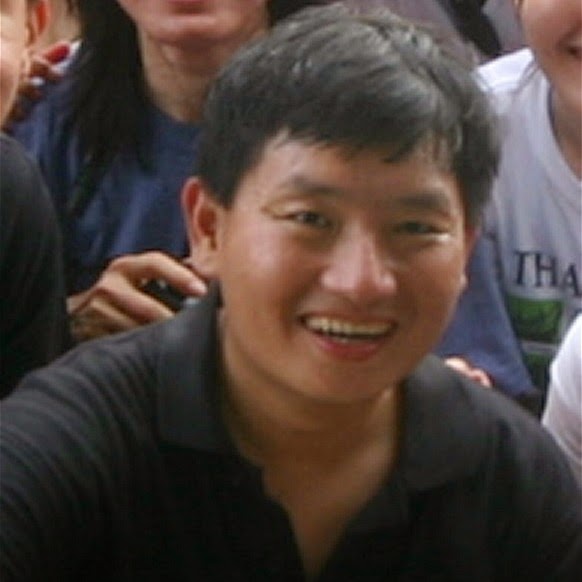 Timothy Tye is a web-based publisher and travel-business owner.  Among his websites include Penang Travel Tips, AsiaExplorers and Big World Out There.