If you were to speak 12 languages 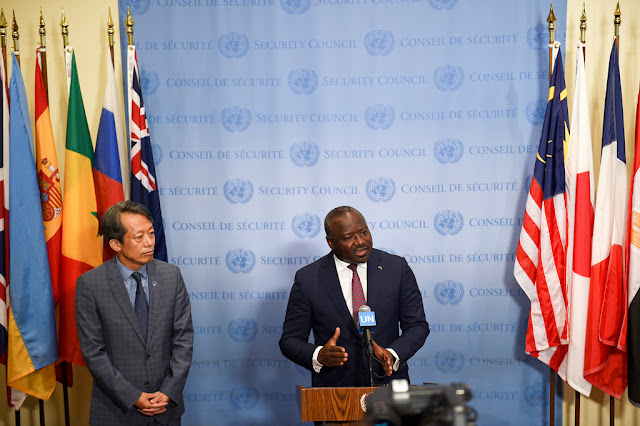 There is a question in Quora entitled "If you were to speak 12 languages (including your native language), which ones would you choose?" and here is my answer. My dream is to know six official languages of the United Nations, however, I know that I’ll acquire some other languages in the progress because I have various reasons to learn a language.

Native. Spoken predominantly by Chinese descents of Medan city in Indonesia, Medan Hokkien has developed into a distinct variant of Hokkien/ Fujianese/ Southern Min language. To date, there is no writing form of Medan Hokkien and it is used only in speaking. Medan Hokkien is interchangeable with Penang Hokkien, spoken in Penang island of Malaysia, however, there are still some recognizable differences, such as accent and vocabulary.

I’m living in Taiwan at the moment. As one of many foreigner-friendly places in the world and the loosen restrictions towards foreigners, Taiwan has certainly attracted many foreign students, expats, and even migrant labors. Having many foreign friends in Taiwan makes English as one of the major languages I use every day, especially for my social life.

The official language of Taiwan is Chinese Mandarin, so wherever you go, you see and hear this language. The usage of traditional form of writing is still maintained in Taiwan, and the spoken form differs a little bit with that spoken in Mainland China and Southeast Asian countries, like Singapore and Malaysia. Besides using Chinese Mandarin at work, I also use it to do daily chores, like shopping.

Did you know that there are only 20ish countries that recognize Taiwan as a country? And Spanish-speaking countries of Central America form a big portion of the total. Because of that, Latinos culture is growing in the capital city of Taiwan, Taipei city. You can easily find Latinos events, such as Latino food fest, Latino music clubs, Latino this and that. I had many Latinos classmates too, and despite studying in an all-English program, I heard Spanish in the class all the time. Right now, I use Spanish only for socializing, especially with Latinos in Taiwan.

Well, chances are you’d have heard about this language and might have pros and cons towards it. I learned Esperanto purely because of curiosity after having read many online comments that Esperanto is VERY easy, neutral, beneficial, etc. I gave it a try, and it turns out to be the easiest language that I have ever learned. Nowadays, I teach it online and use Esperanto to communicate with Esperanto speakers from around the world…online too. It is because no one speaks it near where I live so internet is my only medium. There are Esperanto speakers in Taiwan but they are located quite far away in another city.

Any Spanish/ Portuguese learners must have known that these two languages are very similar, and once you know any of them, it’s very easy to learn the other. This is also my reason to learn Portuguese because it’s similar to Spanish. In Taiwan, I use Portuguese with Brazilian and Santomean friends, and I also enjoy eating at Brazilian restaurants in Taipei city.

Many people think it sounds romantic, beautiful, whatsoever, I’m sorry, I don’t think so. But French has been an important language throughout history and it is one of the UN’s official languages. I know some Quebecois, French, and Burkinabe friends in Taiwan so I can use French with them anytime I want, however, I still read much better than to speak, so I always practice French at a language meetup I join weekly in Taipei city.

You may question me why Afrikaans? I know that it is not spoken by many people outside of Namibia and South Africa but it is the closest language to Dutch, and I can say that they are quite interchangeable. I had Afrikaner classmates and learning Afrikaans is my gateway to Dutch. Besides, I also know some South Africans that speak Afrikaans as a second language. I use Afrikaans mostly only for reading, and I also enjoy listening to Jack Parrow and Die Antwoord.

This case is the same with Spanish and Portuguese. I have mentioned that Afrikaans and Dutch are similar, so why don’t learn Dutch too? I thought. Plus, Indonesian and Dutch people have long history, and Dutch is the biggest contributor with more than 5000 Dutch loanwords in the Indonesian language. I also had Dutch classmates, and we still keep in touch until today. I also use Dutch for reading most of the time besides enjoying Gers Pardoel’s songs.

As I have mentioned above, my dream is to know UN’s six official languages, and Russian is one of them. I already can read Cyrillic, but after learning Russian for some time, I switched to Bulgarian, which is said to be the simplest Slavic language. I hope that Bulgarian can be the gateway to Russian. I know some Russian friends in Taiwan, and I also enjoy eating at Russian restaurants in Taipei city.

My language list is not complete without any Middle Eastern language. Arabic is the 2nd biggest contributor to Indonesian vocabulary besides Dutch. It is also one of the UN’s official languages. Put aside the religion, I’m sure there are many beautiful places worth visit in the Arab world. I also have Bahraini and Arabic-speaking African friends in Taiwan, and I enjoy eating Middle Eastern food too.