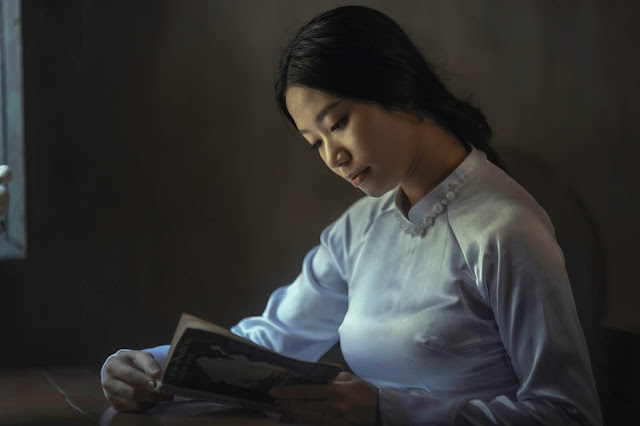 Have you noticed that most of the time, English seems to be the only language used for international communication? When you go to the airport or touristic places in any non-English speaking countries, you will always see English in the signboards. When you meet anyone that doesn't have a common language with you, you would probably speak English too. Or when someone approaches you on the street in a foreign country, that person would probably speak English with you.

Of course, you can say it depends on the occasion and whether other people are around us by the time of our meeting. But whatever the answer is, what matters is the assumption made by that person. I find most people assume that Chinese Mandarin is my language, could be either native or first language, when they find out that I'm a Chinese descent.

How's it like to be a Chinese descent that doesn't speak Chinese?

People, in general, would have thought that my native language is Chinese, in this case, Mandarin, because I'm a Chinese descent. But, what is it really like to be a Chinese descent that doesn't speak Chinese Mandarin? First of all, we all need to understand that Chinese migration has started since centuries ago, and there have been lots of new Chinese generations born in many countries around the world. I have personally met Chinese descent from Europe, America, and even Africa. We share the same origin but somehow, we have grown to be different or in other words, unique.

My hometown is Medan city in Indonesia, and the majority of people like me there still speak Hokkien, which is a Chinese dialect originated from Fujian province. It is also called Fujianese or it is called Taiwanese in Taiwan. However, the Hokkien that we speak in Medan is called Medan Hokkien because it has developed into a distinct kind of Hokkien, different enough to be separated from the original Hokkien. Medan Hokkien is like a creole language with lots of loanwords from Indonesian and English, as well as other Chinese dialects, like Hakka and Cantonese.

From this short story, you can learn that I don't speak Chinese Mandarin as a native language. It is, in fact, the second foreign language that I learned at school. Given the fact that I also know the Indonesian language has made it easier for me to learn European languages because there are lots of loanwords in Indonesian language, such as from Dutch, Portuguese, and Arabic.

Some elders think that since Chinese Mandarin was prohibited in Indonesia, and it is allowed to be used and learned in public nowadays, why don't the young Chinese generations learn it? Another reason for learning it is the economic power of China that has attracted the whole world to learn Chinese Mandarin. Nevertheless, Chinese Mandarin is just another foreign language for me. Neither I nor my parents feel any sense of belonging to China. There is no bond that I can feel with this language since I believe that my ancestors didn't speak it as a native language too.

Knowing Chinese Mandarin in Taiwan has certainly helped me much in assimilating myself into the local society and to get a better understanding of the customs and culture. Making friends has also become easier than before. However, there are some stereotypes that still sometimes makes me feel uncomfortable.

I find out that I am not tolerated as much as the foreign-looking foreigners when I committed mistakes in using Chinese Mandarin. Some people think that it's shameful for a Chinese descent not to be able to speak Chinese Mandarin well. Of course, this doesn't happen all the time because I am also learning hard to speak it as fluent as possible. And, I'm fortunate to know and to have kind people around me.

On the other hand, one of the many advantages that I get by knowing Chinese Mandarin and having an oriental look is that I am more preferred to teach Chinese Mandarin. At least, this is what I feel like my competitive advantage. The same case actually happens to hire English teachers by cram schools in Taiwan, where foreign-looking teachers are more preferred than the oriental ones.

To be honest, Mandarin Chinese is not an easy language to learn. I guess this isn't a stereotype, but a fact. The grammar is very simple compared with that of Germanic, Slavic or Romance languages, but reading and writing require another kind of learning besides speaking and listening. It is not a what-you-see-is-what-you-get language. The native speakers sometimes even have a hard time remembering or recognizing any certain Chinese characters.

That's the reason why it makes me uncomfortable when someone assumes that I know Chinese Mandarin as a native language as if I don't spend time and effort in learning it. Not being appreciated is very annoying. If you are learning or have learned Chinese Mandarin, then you will know what I mean.