The history of the English language can be dated as far back as the 5th Century AD when three Germanic tribes, Angles, Saxons, and Jutes came to England and displaced the Celtic language that was spoken. The invasion of the Vikings, as well as the influence of Latin, caused the language to evolve further, and contributed a substantial amount of the vocabulary used today. This continued evolution has led to English being the second most used language in the world.

While the impact of invasions and the effect of other languages have had a significant influence on the language, it is without question that advancements in technology have played a vital role in the development of the language. The invention of the printing press led to greater availability of books and allowed the public to experience newspapers and the timeless works of Daniel Defoe and William Shakespeare. The radio contributed to the spread of the language during wartimes, while it could be strongly argued that the invention of television was a major factor in the increased use of English as a second language in the 1950s.

In this interactive timeline, we have sought to celebrate the development of the language through the influence of technology. There are some who argue that the more recent influence of social media and the internet has led to a "dumbing down" of the language, while others believe that they have helped to spread the language further across the globe. While there will always be a contrasting opinion on the negatives and positives regarding the influence of technology, without it, the English language would not be as widely used and spoken as it is today.

Shane completed his Masters in Marketing and Management from University College Cork in 2000. After spending four years working in the marketing department of a multi-national in France, he returned to Ireland where he took up a position as a Senior Marketing Executive in the fast moving consumer goods industry. While in this position, he attained a Diploma in Digital marketing. Shane joined ULearn as Marketing Manager in 2010. 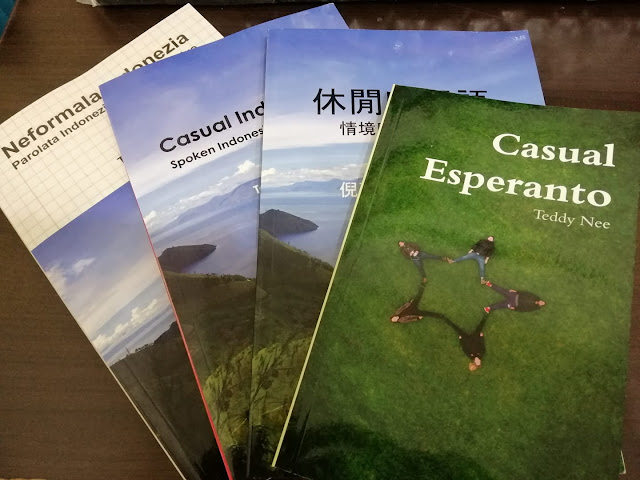 I was always amazed by friends from the language communities who were able to publish their books. I could see so much effort, dedication, and knowledge put into writing the book. It is one of my dreams to publish a book, my own book. The purpose is to share with others because as they said, “sharing is caring”, isn’t it?