Languages in my daily life 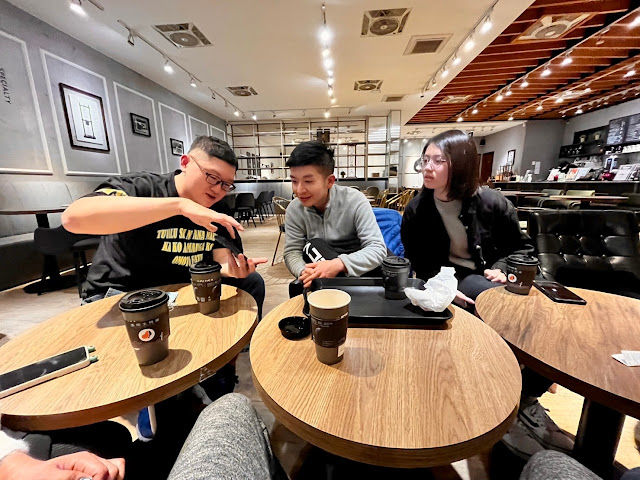 It takes dedication, effort, and time to learn a language but it takes even more to maintain the language skill. Once you have reached the first milestone in your learning journey, in the beginning, you would feel the excitement and joy of accomplishment but the more you know the language, the learning progress seems to improve slowly, and the excitement you used to feel won’t be that strong anymore. That is when you should know that you are already in the maintenance phase of language learning.
It is not easy to be able to use all of the languages I know every day but at least, I always try my best to spare a little time for each of those languages. The most effortless practice that I can do most of the time is reading. I utilize my idle time, such as waiting time, to read a few sentences or paragraphs. Here I want to show you how I maintain my language skills daily. The following language list DOESN’T include the languages that I am learning.

I teach on Italki and join several online groups.

I publish articles, read Quora and Wikipedia, and teach on Italki.

English is basically my everyday language. It is the main language used among foreigners in Taiwan. I use English language software at work and consume most of the online materials in English. I also co-organized a weekly English language meetup, and we have LINE groups where English is our common language.

I publish articles and teach on Italki.

I studied in Taiwan with many Latin American students who come from countries that have diplomatic ties with Taiwan. Although I couldn’t speak Spanish at that time, I had so much exposure to the language and Latin American culture. Because of this experience, I continued learning Spanish after graduation, and nowadays I always use Spanish with the Latin American people and Spaniards I know in Taiwan. We also have LINE groups where Spanish is our common language.

I am considered an active user of Esperanto in Northern Taiwan. I have accepted Esperantist guests from different countries who were visiting Taiwan. I also join Esperanto gatherings in Taiwan that take place occasionally. Most of the time, I speak only Esperanto with Esperantists that live nearby me when I meet them in person. We also have LINE groups for Esperantists in Taiwan.

I used to organize Portuguese language meetups, and someone has created a LINE group where Portuguese is our common language. We have members from Taiwan, Brazil, Portugal, and Mozambique.

I have a weekly audio call with a French friend. I also join a LINE group for French learners and speakers in Taiwan. Occasionally, there is an opportunity to speak French with a French speaker in my meetups.

I listen to the radio, join several online groups, and read Wikipedia.

It is a big challenge to find a native Tok Pisin speaker, although I met less than 5 Papua Nuginians in Taiwan. Luckily, there are online groups for communicating in Tok Pisin, although most of the members are not native speakers. I also enjoy following the news on Radio ABC Australia Wantok program.

I teach on Italki and join several online groups.

As a constructed language, Toki Pona is mostly learned by hobbyists. I don’t know any Toki Pona speakers in Taiwan, so my activity is mostly online. I have taught Toki Pona to some friends in Taiwan but failed to make them continue learning it.

There are not many Italian that I know in Taiwan, I can only remember 3 people and we are not close, so I seldom have the opportunity to speak Italian in Taiwan.

Surprisingly, Taiwan seems to have many contract-based English teachers from South Africa. Besides the Afrikaners, I also know some non-Afrikaners who can speak Afrikaans. However, we rarely meet in person because of our work schedule and location. I also have a weekly audio call with an online Afrikaner friend.

I listen to the radio, join several online groups, and read Quora and Wikipedia.

I had Dutch classmates but some of them returned home after graduation. I am not close with those who stay in Taiwan, so we rarely communicate. As an Indonesian, I always feel a special bond with the Dutch language and people. There are also parts of our history written in the Dutch language from the perspective of the Dutchmen, which I think is worth knowing.

Most of the Indonesian working in Taiwan are of Javanese ethnicity. It is easy to find anyone that speaks Javanese. I sometimes speak Javanese with Javanese people that come to the Southeast Asian Center. I also like to read translated articles in Javanese.

I attended Haitian Independence Day at the Haitian Embassy in Taiwan. It is a great experience to have the chance to attend an important event. The Haitians I know in Taiwan are mostly students, and we don’t always meet because of our schedule and location. My Haitian Creole writing isn’t perfect, so I always try my best to write them in Haitian Creole with a little bit help of from a translator or dictionary.

Chavacano is the language from this list that I use the least. It is really difficult to find a Chavacano speaker in Taiwan although there are so many Filipino people. There are only 2 Chavacano people that I communicated with, and they are people I know online.
Besides learning languages, I also learn writing systems. Here is how I maintain my reading skill for different writing systems. The following list DOESN’T include the writing system that I am learning.

When I was learning Arabic, I found out that it was easier for me to learn reading by using Jawi. It is because Jawi is used for writing Malay or Indonesian language, which is a language that I already know. I created a blog where I convert the Latin alphabet writing of Malay and Indonesian news articles to Jawi writing. Nowadays, I often exchange a paragraph of message in the Indonesian language written in Jawi with an online friend. We do this as a way to keep on using Jawi on daily basis.

I find writing Toki Pona using emojis very fun, and luckily, there are online groups for that. However, the group is not so active, so I cannot communicate with anyone in Sitelen Emoji. As a result, I often use it to write photo captions on my social media posts.
Share your story with us!
chavacano chinese english esperanto french haitian creole hokkien italian javanese jawi language mandarin medan portuguese sitelen emoji spanish story tok pisin toki pona