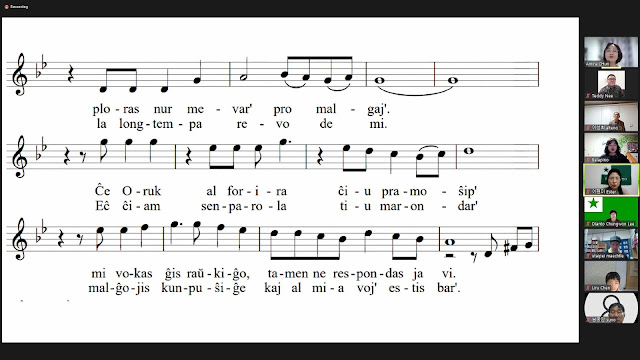 The Komuna Staĝo 2021 (Joint Internship), which was co-sponsored by Esperantists from Korea and Taiwan, has just ended. The rich event had more than 30 participants not only from Korea and Taiwan but also from Indonesia, Iran, Japan, and the United States. An Esperanto meetup usually has lectures, but Komuna Staĝo 2021 has more than that. There were some outstanding Esperantists who taught singing, made a handmade fan, and performed a magic show. I presented about my hometown Medan. All participants enjoyed it a lot and will see each other again next year. 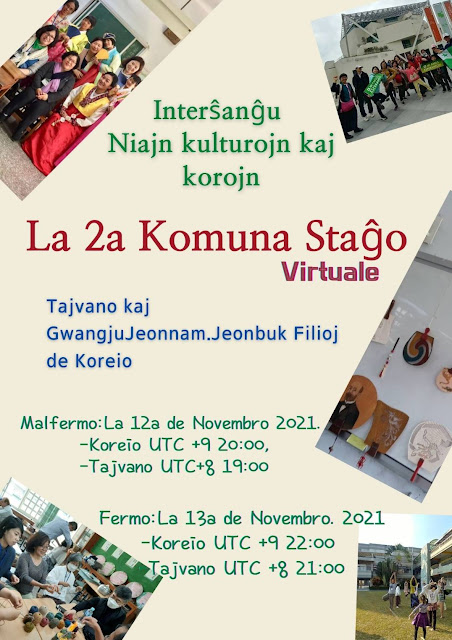 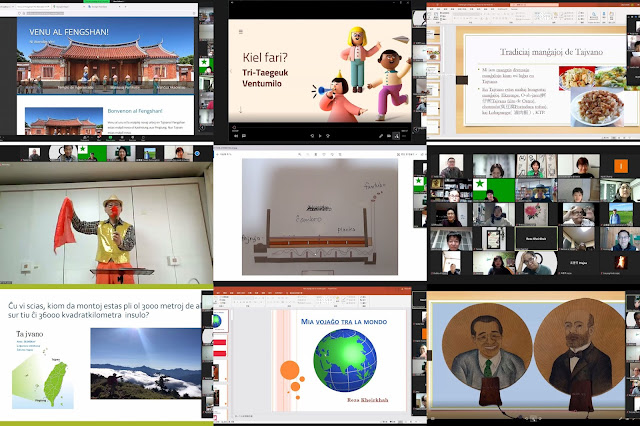 On the 2nd day of the Komuna Staĝo, the Komuna Seminario 2021 (Joint Seminar) was held, organized by Esperantists from Japan, Korea, China, and Vietnam. It began with reports and a discussion of the coronavirus situation in various countries. I reported on the situation in Indonesia and Taiwan. In addition, there were reporters from the Philippines, Korea, Vietnam, and China. The moderators led the event at SOJO Esperanto-Vegana Café, which is located in Tokyo. They showed Esperanto things that the café has. There were also interviews with foreign Esperantists in Japan and virtual tourism around Tokyo. 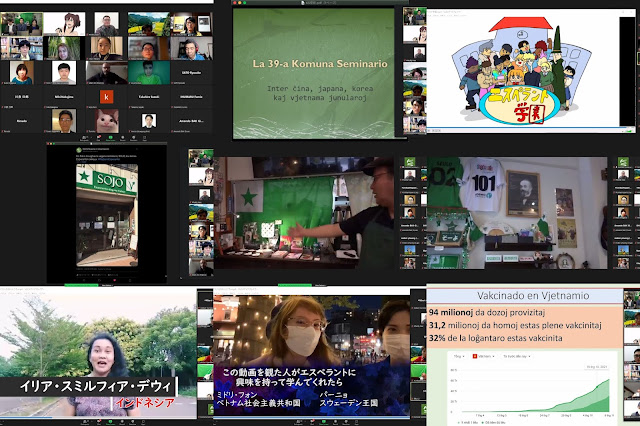