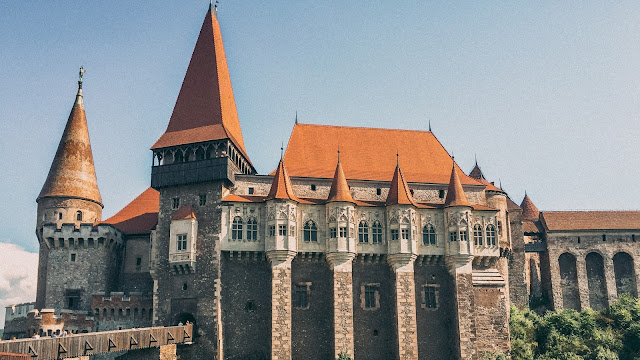 Romanian language, spoken primarily in Romania and Moldova, somehow seems like a mix of Romance and Slavic due to the geographical location the countries where it is spoken and the history. You can see at the map below that Romania and Moldova (blue color) are separated from Western Europe, where the rest of the Romance languages are spoken.

I have known several Romance languages, so I decided to learn a language from another language group, and I want to know a Slavic language. Thus, I have learned a little bit of many Slavic languages, such as Russian, Bulgarian, Slovak, Croatian, Polish, and even Slavic conlangs, like Slovio, Slovianto, and Slovianski.

It was until one day when I talked with my friends in a polyglot group about our language challenge, the idea to learn the Romanian language occurred to me. I know it is not a Slavic language, but a Romance language. However, Romanian has got Slavic influence and I already can recognize some of the words even before learning Romanian.

Possessing both Romance and Slavic characteristics has made it a unique language that sounds somewhere in between of these two language families. To be honest, it sounds beautiful, especially when INNA sings in Romanian.

I like Duolingo very much, and Duolingo also has a Romanian course. Another app that I like is 50 Languages, it has lots of languages available as the source and target languages. So, I use these both apps to learn Romanian every day.

Besides, I also found Romanian speakers on some language exchange apps, like Tandem, HelloTalk, Speaky, and Facebook groups. I can learn by myself through listening and reading but having someone whom I can ask questions will be more helpful and will increase my learning speed.

When I feel more comfortable with the language structure and can understand more words, I shall start listening to the radio, and I like to use TuneIn and RadioGarden to listen to radio from around the world. I know that I may not understand the context in the broadcast, but the purpose of listening is to learn the accent.

Are you also learning or can you speak Romanian?