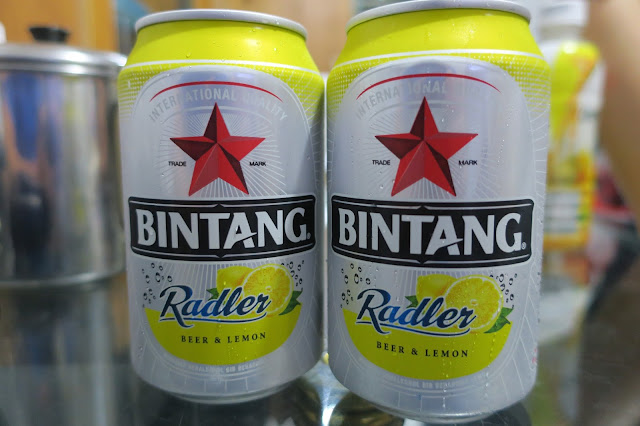 Being one of the easiest languages to learn (according to many resources but I do agree that Indonesian is a simple language), you may not want to miss the chance to learn it because who knows you will encounter Indonesians in your area or you will visit Indonesia one day, Indonesia has lots of tourist attractions!

You can find hundreds of reasons to learn the Indonesian language online but here I want to share with you why I think you should learn Indonesian and how easy it is for everyone to learn.

When you heard Indonesian speaking normally, you would find out that they tend to use simplified language by shortening words, like "gak papa" for "tidak apa-apa (never mind)" or "tu wa ga" for "satu dua tiga (one two three)". They don't just shorten words, but also simplify the verbs, such as "kamu mau main bola?" for "apakah kamu mau bermain bola? (do you want to play ball?)".

You may think that you have made grammatical mistakes but hey, it turns out to be naturally correct.

Does your language use the Latin alphabet? If yes, you have just saved the time you would have spent to learn alphabet because Indonesian uses the exact same alphabet with that in English but it is pronounced like the alphabet in Spanish, German, French or any European languages.

Indonesian people are one of the nicest people on earth, especially to foreigners. They will be curious about you, your country, your culture, even your family and income! Don't get offended, it's just their way to get to know you better, this is one way of establishing the relationship so they will know how to treat you.

It sometimes may be annoying when someone is too curious about you, that's why there is a slang word "kepo" that comes from Hokkien language, and it means "curious of people business". Believe it or not, I have just learned that "kepo" stands for "Knowing Every Particular Object". Coincidence?

I know that the level of deliciousness differs from person to person but more than 300 ethnic groups in Indonesia has certainly enriched its cuisine. For example, you can eat different ethnic food every day in Medan city (my hometown) because there are Chinese, Indian, Javanese, Malay, Batak, Acehnese, Padang, Nias, etc. This doesn't count imported cuisine, like Japanese, Korean or American yet. So, imagine it!

And language is the key to ordering food, you can go to McD and point at the pictures but you can't do that in local restaurants where they don't put pictures in the menu. Knowing the names of food would be extremely helpful for your survival. With many Indonesian diasporas around the world, you can also find Indonesian restaurants overseas, so go check it at your location.

Surprisingly, there are many loanwords in Indonesian. The most being Dutch, then Arabic. It is obvious why the Dutch language entered Indonesian, it is because of Dutch's more than 3-century colonization of Indonesia. Meanwhile, Arabic entered because of religious reason, Indonesia has the world's most Moslem. Guess the meaning of the following loanwords:

You have just read some loanwords from English, Dutch, Portuguese, Arabic, Hokkien, Sanskrit, Tamil, and French. Wikipedia has mentioned that the Indonesian language has absorbed loanwords from the following languages:

I have had the chance to cooperate with Glossika on an Indonesian language learning book project, click here to find out more