Guest Post: Everything you should know about the Ukrainian language (Part 1) 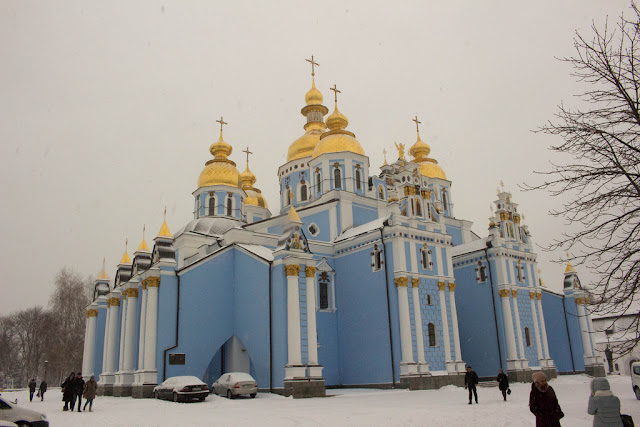 Did you know that the Ukrainian language is among the most beautiful and melodic languages of the world? It reminds the nightingale's songs when you hear Ukrainian. Did I awake your interest? Well, let's continue!

There are about 44 million people who speak Ukrainian. So, it is among the top 30 the most popular languages of the world.  The Ukrainian language is the only official language of Ukraine. It belongs to the Indo-European family. Ukraine is situated in Western Europe and its neighbors are Poland, Belarus, Moldova, Romania, Slovakia, Hungary, Russia.

A lot of people want to learn a Slavic language but they often have doubts – which Slavic language to choose? Russian is considered as the most popular among the Slavic languages but Polish has the Latin alphabet. Will it be easier to learn? Why not start your Slavic language journey from the Ukrainian language? I will explain why.

The Ukrainian language is reached on synonyms. Linguistics count about 5 million of them. For example, the verb “to hit” in Ukrainian “бити” has 45 synonyms.

Despite English, the Ukrainian language has formal and informal forms of the pronoun “you”. If you address to your friend or a member of your family use “ти” and in a formal situation use “ви”.

The most popular letter in the Ukrainian alphabet is “п” (or the Latin transcription of this letter “p”). A lot of words start with this letter: природа /pyroda/ - the nature, прекрасний /prekrasnyi/ - beautiful, прикрашати /prykrashaty/ - to decorate, and so on.

The Ukrainian language is similar to Polish (there are about 70% of similar words) and to Belarusian (about 85%). So, if you speak Ukrainian you can understand Polish and Belarusian. Moreover, it can be a great base for the Russian language, as this language uses the Cyrillic alphabet too. The grammar of these languages is also similar.

In the Ukrainian alphabet there are 33 letters and among them, there are some unusual ones, like “ь”. We don't pronounce this one, it calls “the soft sign”: радість /radist'/ - happiness. The last letter makes softer “т”.

Ukrainian “ш” in the transcription is “sh” and “щ” is “shch”. There are such letters as “ г ” that is pronounced like “hit” and “ ґ ” that corresponds to “good”. Also, don't confuse Ukrainian “в” with English “v” and Ukrainian “p” with English “r”.

Now let's have a look at the Ukrainian grammar. One of the most visible differences is that there are no articles and almost no “is” in sentences. For example, “it is a cat” in Ukrainian it will be “це кіт” /tse kit/.

There are three genders:

So, as you can see in the Ukrainian language all objects have also its gender. However, “батько” /bat'ko/ - a father has a masculine gender and “мати” /maty/ - a mother has a feminine one. Regardless of the endings, these words belong to human beings.

And now let's speak a little bit about the cases. Ukrainian has 7 grammar cases.

By the way, the Vocative case is quite rare. It exists also in Latin, Greek and Sanskrit.

There is a different ending for every case depending on its gender. Look at these examples: 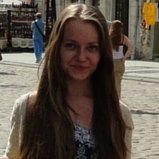 I am a blogger (at www.ferulang.wordpress.com) and a foreign language teacher (English and French). I enjoy learning languages and writing about them. For the moment I speak 6 languages. I am also writing a book for people who want to learn Ukrainian.