The word “Bahasa” means “language” in the Indonesian language. Thus, the next time you hear someone asks “Do you speak Bahasa?”, that actually means “Do you speak a language?” Funny, isn’t it? If someone asked me that question, I would answer “Bahasa apa? (Which language?)”. An Indonesian will say that the language they speak is called the Indonesian language, not Malay language. Although both languages are very similar and interchangeable, an Indonesian person can still differentiate clearly between them.

The difference between Indonesian and Malay is, perhaps, like British English and American English. But why are they called differently? From my experience, I find many English loanwords in Malay, whereas there are many Dutch and Arabic loanwords in Indonesian. Apart from that, Indonesia’s rich multiethnic society has also contributed lots of loanwords to the Indonesian language that we know nowadays. The Malay language is used in Malaysia, Singapore, and Brunei Darussalam where there is a large number of Malay ethnic. Meanwhile, the Indonesian language is used in Indonesia where there are lots of ethnic groups, and Malay people account for just less than 5% of the population.

Any Indonesian or Malay speakers will easily differentiate between both languages because there are words used and not used in the countries of the speakers. Another different aspect is the accent. Malay speakers in Malaysia of various ethnicity tend to speak in the same or almost similar accent, and those in Indonesia speak with many different accents and styles but it is still differentiable from Malay accent. Here are some examples of Indonesian language (id) and Malay language (ms):

Did you know that Indonesia ranks fourth as the most populous country in the world? Its population is over 250 million, that’s massive! And what’s interesting is the fact that not every Indonesian speaks Indonesian as a native language. Most Indonesian are at least bilingual because of this reason. The Indonesian language is used throughout the country in everything, such as newspapers, advertisements, schools, administrations, etc. All students study in the Indonesian language regardless of their ethnicities and linguistic backgrounds. Therefore, it is best to learn Indonesian first before proceeding into learning Indonesian dialects. 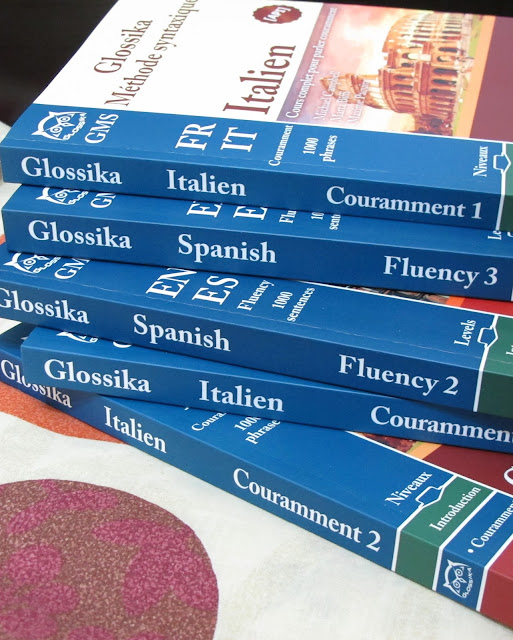 I have got good news that I received recently to share with you. Glossika will publish their books for learning the Indonesian language soon, and this is the chance you don’t want to miss. If you are not familiar with Glossika, you can google “glossika review” to read many articles about it. What I like from Glossika is the comprehensible input method, it means that you will be doing repetition over and over again during your learning, and eventually, you will get the feel of how to say something correctly. This is how we learn language naturally, through repetition, hearing the same phrases many times and imitating how these phrases are said. For example, you say “I am hungry” instead of “I have hunger” although both mean the same situation caused by not having eaten. You would still understand the meaning when someone says “I have hunger” but it just doesn’t sound correct because nobody would say that in real life. 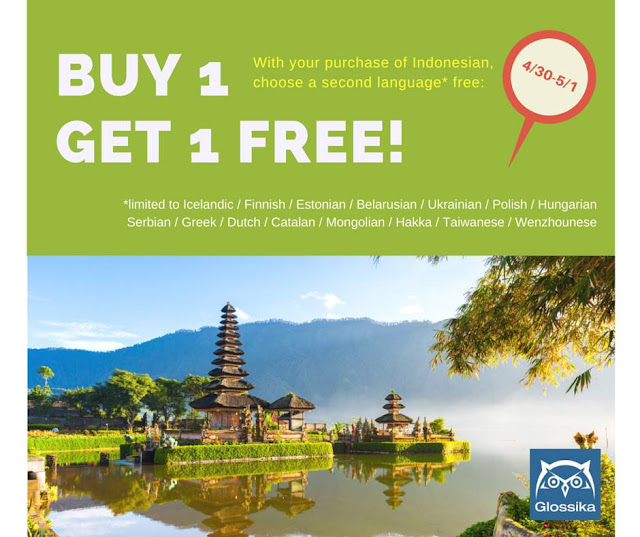 Glossika books come in three modules for each language, with 1,000 sentences for each module. These three modules also have different levels of difficulty, so learners could choose the book that suits their level. If you also know other languages and what to learn in a non-English language, Glossika has a feature called “Custom Product and Triangulation Builder” that lets you create your custom language learning books, which you can have different language combinations. So, you can learn Indonesian not only in English but also in Spanish, Chinese, Russian or whatever languages you want. Follow Glossika Facebook or check Glossika Website for any promotions. Glossika is having a “Buy 1 Get 1” promotion until the day of this writing. For instance, you can buy Glossika Hakka and get Glossika Estonian for free. You choose whichever language you want! If you still have any questions about Glossika, go to Glossika FAQ to find out more about them.
PS. I actually worked on this project with them, so I need lots of support. 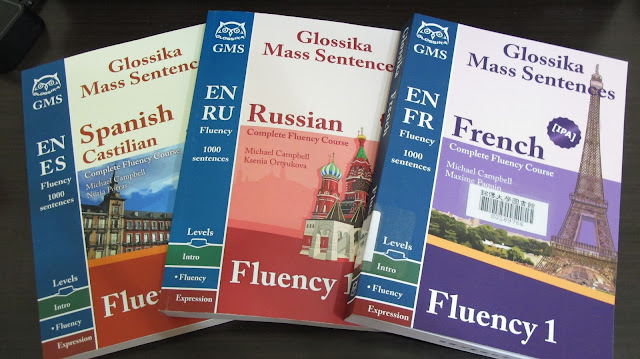 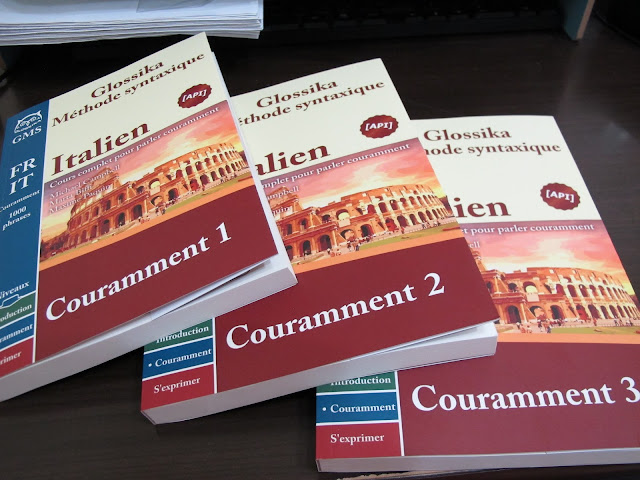 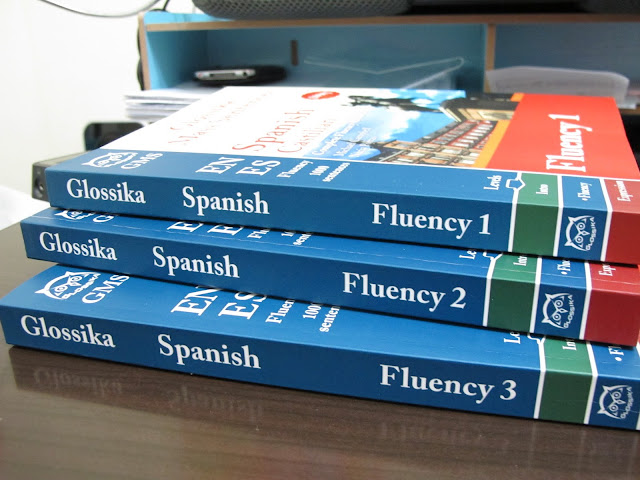