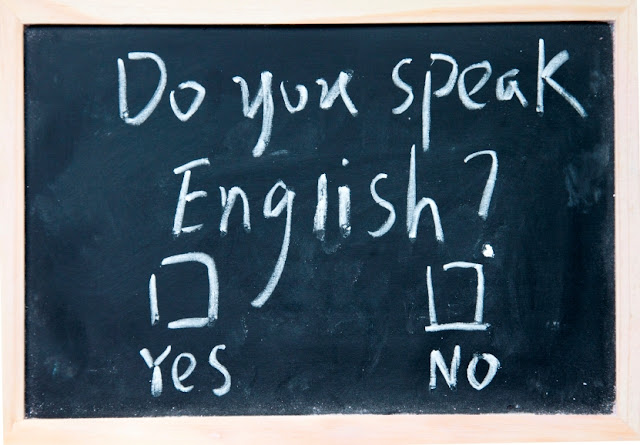 
I came across an interesting video, better said "a lecture video", of a university in Sweden. It is said to have four parts; however, it seems that the fourth part is missing. Thus, I have only three videos to show.

The video begins with a brief historical introduction of several languages, such as Aramaic, Greek, Latin, Classical Arabic, Spanish, Quechua, Russian, Sanskrit, and German. There is also an answer to the question "Can any language be lingua franca?" Apart from that, several characteristics that make a lingua franca are listed as the following:

There is no doubt that English is mostly used for international communication purposes, from business to travel, from universities to conferences. I am even writing in English! In addition to the characteristics of a lingua franca that is shown above, "new technology" becomes the seventh characteristic for the English language as a lingua franca. English has been the major language spoken in countries or regions across continents, such as India, Caribbean, North America, and Australia. India is even the largest country where English has official status.

PART III. Pidgins and Constructed Languages: Born to be Universal?

After the long history of one country setting foot in another, and later, the language was adopted as the lingua franca, as well as considering about the difficulty of the language, people started to think about creating languages. This constructed language is meant to be easy for anybody and be able to serve as a lingua franca. Thus, Volapük (created by Johann Martin Schleyer in 1880) and Esperanto (introduced by Ludwig Zamenhof in 1887) existed. Esperanto is even said to be a neutral language, such as politically free. Apart from that, Pidgin is also discussed in the video. One example is Tok Pisin, which is spoken in Papua New Guinea.

What do you think? How would you call a language as a universal language? Thanks for reading. Feel free to share this article if you like. If you have any opinions, please leave a comment. I love reading them.