I had heard and read about Esperanto before, but did not pay much attention to it until today, when I watched several videos about Esperanto. You may question what kind or which country's language Esperanto is. How important is this language for the society? How did everything begin? How many Esperanto speakers there are in this world? Can Esperanto be one of the major languages in the global business market like Chinese and English?

"The foundation of a neutral language will help break down barriers between people and help everyone see each other as neighbors." [L.L. Zamenhof, 1912]


Esperanto is a constructed language for international communication created by Leyzer Leyvi Zamengov or also known as Ludwig Lazarus Zamenhof (L. L. Zamenhof) in 1887. It is written that Zamenhof was saddened and frustrated by many quarrels among small groups in his hometown, Białystok in the Russian Empire (now part of Poland.) He supposed that the main reason for the hate and prejudice lies in the mutual misunderstanding caused by the lack of one common language.

It is estimated that Esperanto speakers range from 10,000 to 2,000,000 active or fluent speakers, as well as perhaps a thousand native speakers, that is, people who learned Esperanto from birth as one of their native languages.

Several important traits of Esperanto are listed as the following:


The first World Congress of Esperanto, which was organized in France in 1905, has led to more congresses held in various countries every year with the exception of years of world wars. No country has officially adopted Esperanto. Nevertheless, Esperanto was recommended by the French Academy of Sciences in 1921 and recognized in 1954 by UNESCO. In 2007, Esperanto was the 32nd language in Common European Framework of Reference for Languages: Learning, Teaching, and Assessment (CEFR). Google Translate added Esperanto as its 64th language on February 2012.

After all, what do you think? Are you interested to try it?
Have a nice day! Bonan tagon al vi! 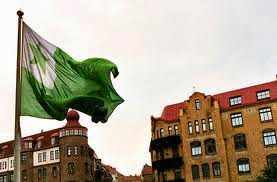