How are language and culture related?

The language that society speaks is part of its culture. Likewise, its culture is reflected in its language. The two have developed together over hundreds if not thousands of years, meaning that the language and culture relationship runs deep. Without language, human culture would be impossible to fully understand. Everything from individual words to figures of speech showcase the cultural connection between a society and its language.

According to the dictionary definition of the meaning of culture, it incorporates ideas, customs, and social behavior. What makes up culture is the way that these elements exist and interact uniquely within a particular society. Language is also reflective of these ideas, customs, and behaviors.

Let’s look at an example of the relation between language and culture. The Portuguese language includes the word "saudade." There is no direct equivalent in English to describe this deep emotional state. It is a profound nostalgia or melancholy for someone or something absent, with overtones of the possibility that the person, place or object in question might never be had again. The insight into Portuguese culture that we can gain from this single word is fascinating.

How does language affect culture – and what does the coronavirus pandemic have to do with this?

Language shapes culture in all manner of ways. Quite how language affects culture can be influenced significantly by the circumstances in which the two have developed. The Gullah language is an excellent example of this. It is a creole language based on different varieties of English, along with languages from West and Central Africa. It’s spoken by the Gullah community: African-Americans living in coastal South Carolina, Georgia and some parts of Florida and North Carolina. The language’s origins tell much about the culture and history of the Gullah people and how language shapes culture. Today, the Gullah language is an important part of the culture of those who speak it.

Interestingly, the COVID-19 coronavirus pandemic has provided us with some unique insights into the relationship between language and culture. In this instance, it’s not spoken words but those sung from balconies across Italy as the nation lifts its voice to show unity in isolation.

Language has always been an incredibly powerful part of Italy’s culture. If you’ve ever been moved to tears by an opera, despite not speaking a word of Italian, you’ll understand. Now, as COVID-19 leaves the nation gripped by fear, Italians are using language and song to show their spirit to the world – and to comfort one another from behind locked doors.

What does the loss of languages mean in cultural terms?

The loss of languages can also reveal interesting insights into the relationship between language, culture, and society. Languages are dying at an alarming rate. According to data from the United Nations Education, Scientific and Cultural Organisation (UNESCO), 544 of the world’s languages are critically endangered, 504 are severely endangered, 635 are definitely endangered and 611 are vulnerable. That’s on top of 244 already extinct languages.

Some of these indigenous languages include words that are reflective of the culture, its values, and its history. This cultural language means that when the language is lost, so too is the ability to understand some of the cultures that used to speak it. Some indigenous American languages, for example, contain words that describe the natural world in a way that modern English or Spanish (spoken by 80% and 12% of the US population respectively), do not.

Learning a language delivers plentiful cultural insights, from individual words to idioms and modern-day slang. This deep cultural understanding is something that professional translation services have to provide in order to translate and localize content successfully. Indeed, those working in the translation services sector regularly need to make word choices based on both the language and culture of the target audience.

A translator working on a translation from Spanish to English, for example, will not only need to convert words from Spanish to English but will also need to have in-depth knowledge of both English and the Spanish language and culture. This will enable them to deliver translated copy that speaks to the new English audience in just the same way that it did to the original Spanish audience. The same applies in reverse, i.e. for those translating English to Spanish.

You don’t have to work for a translation company to appreciate the way that language and culture are intertwined. You can’t learn about one without gaining at least some understanding of the other. Languages reveal vast insights into the societies that use them, from the history of those communities to their values. This is one of the reasons that languages are so fascinating to learn, whether in a professional capacity or simply for pleasure. After all, what is language if not a way to express and define ourselves, just in the way that culture allows us to do so? 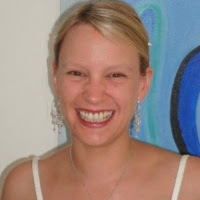 Louise Taylor is a freelance writer whose work spans the language services, international property and tech industries. A blogger and PR professional, she supports clients around the world with copywriting, brochure development, media campaigns and more. Louise holds a Bachelor of Arts degree, as well as qualifications in five languages.