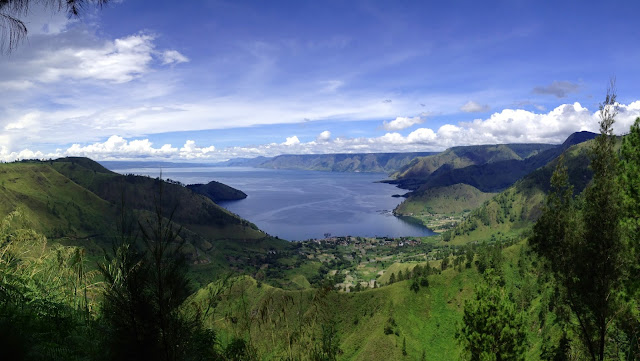 I once asked a question in a Facebook group about what the biggest challenge is in learning Indonesian. Surprisingly, there were much responses, and here I present some of them to you along with my answers.

Please note that the original question was posted in Chinese for Taiwanese audiences, so the learning perspective is absolutely from a Chinese-speaking person but you may also encounter these problems in your learning, who knows? Some of them are even general questions about language learning, nevertheless, I'll make my answers also appropriate for English-speaking people.

Everyone knows that the rolling R is a big challenge for those whose language doesn't have it. Chinese and English are two examples of languages that don't have the rolling R. If you are a Romance or Slavic language speakers, congratulations! You are gifted with the rolling R while others need to learn it.

Many people asked me how I learned the rolling R. As a native speaker, I just can say "listen and imitate". That's what we learn as kids learning from our parents, we listen and imitate. If you don't have anyone to listen to, try to pronounce the R in your language and blow the wind out as strong as possible that it vibrates your tongue. That's all. Do it repetitively, I know it's not easy but you gotta practice and the most important is to listen to the sound when practicing.

This is a problem for every learner, not just Indonesian language learners. Thank God, we have a superpower tool called "internet". If you can't find anyone to practice around you, just go to the internet.

There are so many websites or groups for learning languages. Don't be shy, go there and introduce yourself, mention which language you are learning and what you can do in return, such as teaching your language.

Some people do language exchange. Depending on your agreement, it could be speaking in the language you are learning for 30 mins and switch to speaking your language (the language that your partner is learning) for another 30 mins, or other methods if you can come up with any.

I like to read articles, from Wikipedia to news articles. I usually equip myself with a decent dictionary (Google Translate will do) to check any difficult words that I don't understand. I usually jot down so I can review it later. Never ever try to memorize. When you see the same words, again and again, your brain will learn to recognize it and store it into the long-term memory. So, stay calm and just keep reading.

If you like to learn by listening, you can listen to audio phrases or radios. Listening to songs are okay but I don't recommend you to learn in that way unless you want to learn how to sing the songs. It is because you may encounter words and phrases that jumble around or useless for daily conversation. Think about a song that teaches you how to buy stamps in the post office. None? That's what I mean.

Many people may have complained that Google Translate doesn't do well, it doesn't give the translation as what a human would. Hey, it's a program, not a human. It definitely lacks what we humans have. Although the Artificial Intelligence (AI) has been growing rapidly nowadays, having the AI to replace human's work would be dangerous to some extent.

This will lead to the question "Would we rather have robots doing the translation and still be separated by languages or would it be better if we all learn a common language and eventually we would end up with only one language?"

But anyway, I have been using Google Translate as an aid because it is simple, easy to use, and support quite a lot of languages, including languages, like Maori, Kazakh, Yoruba, etc. So, it is good for playing around with languages. And there is also audio available for several languages, so you not only can see the word but also listen to them, somewhat, unnatural pronunciation (but hey, it's better than nothing at all).

5. Comparison between Indonesian and English

To be honest, it's easier for an Indonesian speaker to learn English than, let's say, Chinese. There are a lot of Dutch loanwords in the Indonesian language, that's the reason you can encounter words like, polisi, informasi, transportasi, mobil, telepon, kartu, ambulans, buku, etc. Because Dutch is a Germanic language, so they indirectly also resemble those in English.

Not like in Chinese-speaking world, where all English names are translated into Chinese, Indonesian retains the original names, so Brad Pitt will still be written as Brad Pitt, but pronounced as if it was written as Bret Pit, notably the rolling R and unaspirated P and T.

All syllables are pronounced clearly, unlike English, there is no silent letter in the Indonesian language. So, if you see the word "mempertanggungjawabkannya", the syllable by syllable pronunciation is mem-per-tang-gung-ja-wab-kan-nya (8 syllables). The words mostly start with a consonant and end in either consonant or vocal. Btw, "mempertanggungjawabkannya" means "to be responsible in it", it is supposed to be the longest word in Indonesian.

The communication style among Indonesian tends to be more relaxed and more informal than East Asian. If you learn Indonesian from textbooks, you may have encountered the word "Anda", which means "you (formal)" but in fact, it is not often used. Generally, Indonesian address formally with "Bapak" for male, and "Ibu" for female. They also mean "father" and "mother", respectively. On top of everything, a good manner is much more appreciated.

One of the most confusing ones is how to use "aku" and "saya". "Saya" is more formal than "aku", but believe me, they are often used interchangeably.

Talking about informality, be prepared for the slangs, there are a lot! For example, the slang for "I" is "gue", "you" is "elu", "father (and) mother" is "bokap nyokap". And there are new slangs created from time to time, mostly by youngsters. You can encounter these in Indonesian TV series.

There is so-called Kamus Besar Bahasa Indonesia or The Grand Dictionary of Indonesian Language. It is available for Indonesian to Indonesian, so if your level is not high enough, you need something else. As mentioned before, Google Translate is sufficient if you want to translate word by word.

If you are a speaker of a European language, this sounds may exist in your language, however, it doesn't exist in Asian languages, like Chinese. To learn any specific sound, you need to listen well. You may use the nearest sound as a reference, but make sure you listen until you are accustomed to it, and can recognize the pronunciation difference.