“I’m not just watching, I’m listening to English” – is the excuse at the end of the day when a parent sees you are not visibly studying at night instead of going to bed. However, I challenge you to think: what if it was true and you did actually learn from a movie?
With so much interesting stuff happening in the US and other English speaking countries there is enough to blow your mind on a daily basis. And it’s not just politics or some kind of world library. Guilty pleasures work well, Suicide Squad, some comedy... whatever floats your boat.

Think about it, each time you go to the cinema in your home country you get the same studio and the same actors doing the voiceover. Whether it’s Johnny Depp or Jared Leto, it’s probably the same person dubbing.

Isn’t it limiting to just cut off an essential part of the acting and have it digested for you in your stead? Voiceover strips the act both of its shape and also contents. The solution is simple: watch the original if you are able to. It can also be deemed drastic as your friends might not be able to share the moment with you. But you won’t let your friends hold you back, will you!?

Now that the ties to your past life are finally severed, it’s time to take a closer look at what’s exactly in it for you. Indeed, there are a lot of insights into the culture if you observe the details. The trick is to pay attention to what’s valuable to you as a learner.

For the most diligent learners with a bit of background experience. While watching a film you may try translating it on the go. Most professional interpreters can only be efficient at this for just half an hour depending on a language pair. Plus, they have to be specially equipped for it. Talking and receiving the text vocally will fry your brain quite soon, believe that. So go for it and see how it works with your skill level.

It is my personal belief that learning English is quite easy mainly because it’s the most common language in all lingual forms of art. The culture is alive and interesting in its entire spectrum. Whether you are into the simple or complex, the way there is through the language. So, embrace the English movies, it’s arguably one of the most enjoyable ways to learn. 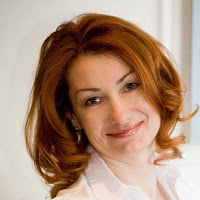