What I Have Learned After Learning 10+ Languages 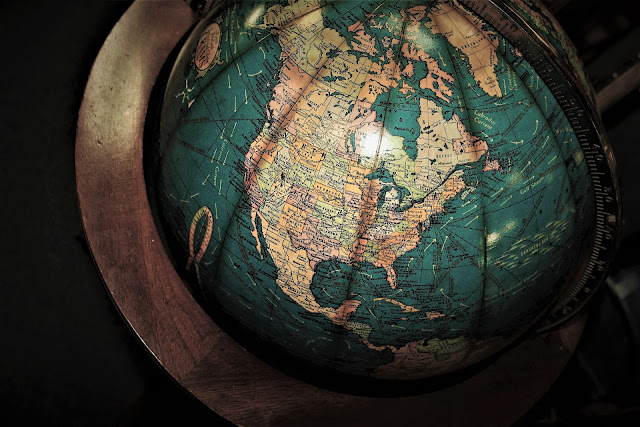 I began my language learning from a young age. I went to learn English at an English Learning Center before going to regular school. Thus, English is my first foreign language learned at school. The reason is very simple, English is a widely-used international language. Wherever people go, they will most likely speak English.

It was until high school when I had my first Chinese Mandarin course as a mandatory course. However, prior to that, I have had learned Chinese Mandarin at home with a private teacher. As you might have known that Chinese Mandarin has two types: Traditional and Simplified. The traditional form is used in Taiwan, and the simplified is used in the rest of the Chinese-speaking countries/ regions. I had the chance to learn both types, which differ only in writing.

When I was studying in my last year of senior high school, there was a German course offered for the first time. Not wanting to miss the chance, I took the course and studied for the whole one year until my graduation. It was an optional course, in addition to the Japanese course, which has been offered for years at the school.

7+ years of language learning has changed me

I always find "languages" very sophisticated, perhaps, the most remarkable thing ever existed in this world. For me, a language is not just a communication tool, but rather a more powerful tool that could leave a significant mark in our life.

In this opportunity, I would like to share with you briefly six lessons that I have learned after learning more than 10 languages throughout my lifetime.

1. Learning any languages is possible

There is no language impossible to learn. Even endangered languages or ancient languages are possible to learn, thanks to the effort of language researches and anyone who have put efforts in documenting those languages. You just need to accept the fact that the same meaning might be expressed differently in other languages, and get used to with the language structure that might be different from your native language.

Doing the same task over and over again seems to be boring and it does! However, it turns out to be effective, at least for me. If you want to excel at speaking, start to speak as early as possible. I always believe in "Practice makes perfect".

The biggest challenge that I have encountered for some languages is the little availability of speakers of the language. Thus, I read dialogues to simulate what real conversation would be or use it any time possible meanwhile accumulating words into my vocabulary, and I am certain will speak whenever possible.

I found out that I need to use different approaches when speaking in Indonesian, Hokkien, English or Chinese Mandarin. That's because people say things differently; different words and different manners.

When you have known more languages and you are exposed to these differences, your brain will start to notice something unusual and therefore, it will work hard to adapt to the new situation. Then, you will start to notice your thinking changes as you see things from more different perspectives.

If you have reached a level high enough to read the news, try to read news coverage towards a certain topic in different languages from different countries and make comparisons to see what you would have learnt if you only read the news in one language.

4. The more languages you know, the easier it is to learn another languages

There is no doubt about this, just like how our appearances resemble our biological parents, languages from the same family share lots of similarities, and languages evolve through human activities, such as colonization or migration.

Some similarities might be in the vocabulary or grammar. The more languages you know makes learning a new language easier and faster because you can have more references that make remembering easier.

Be prepared because there might be external challenges from people around you that could hold you back from language learning. Some people may see you with a weird look and ask why you are learning a particular language, especially if the speakers are not easy to find nearby.

Language learning really needs passion and what's more important is to enjoy the learning process. What you need to do is to believe what you are doing is good for you, and don't pay too much attention to those obstacles. If you succeeded, the story would be different.

6. Knowing your goals is very important

Reading is one of my methods to learn languages. I often read, and I read almost about anything: news, short stories, dialogues, etc. That's because I like reading very much, and I like to use different languages to gather information, to speak with people, and to understand more about this world. Your goal in language learning is very important. Make a clear goal and break it down to some little goals that you think would be easy to accomplish.