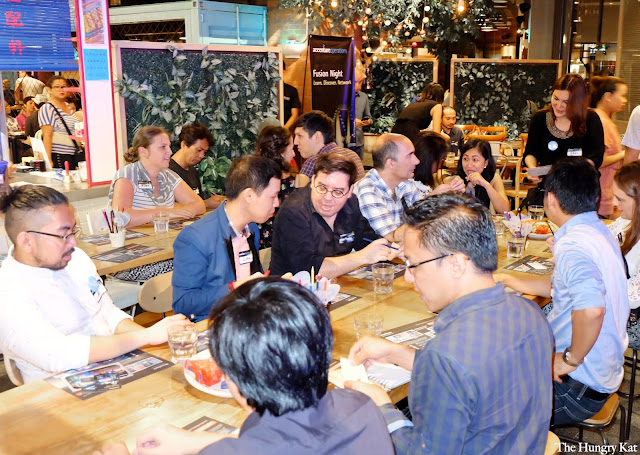 Social media as a platform for socializing also has other function, which is distributing the latest news to the world. I have been following many social media of bloggers and news portals, especially in language learning and other specific topics. And I get the everyday latest news from these social media, which did not exist 15-20 years ago.

I don't only follow news updates in one language but in several languages. That means there are many opportunities to use my target languages on daily basis through reading news, in addition to listening radio and chatting.

For the whole 12 hours in June Italki Challenge, I plan to spend it only on three languages – Tagalog, Portuguese, and French. Here I describe briefly my motivation for choosing these languages.

Many Filipinos come to Taiwan to work, mainly in the manufacturing sector. Filipino people are easy to find anywhere in the city, especially on weekends. There are also shops selling Filipino products. Thus, knowing Tagalog is certainly beneficial although Filipinos many also speak other dialects.

I learned Spanish before Portuguese, and I found out that both languages are very similar. They differ mostly in pronunciation and word endings. For example, "pronunciación" (Spanish) and "pronunciação" (Portuguese) meaning "pronunciation". For more information, read Benny Lewis's article entitled Learning Brazilian Portuguese if you already speak Spanish and a thread in Quora about How similar are Spanish and Portuguese?

Another fact I like from Portuguese is that it is spoken in 4 continents – Africa, Europe, Asia, and South America. Portuguese is most likely be the next language to learn after Spanish, or maybe, you don't need to even bother learning it because you would have known many similar words with Spanish.

I heard many girls here think French is a romantic language. Whether it is or no, that is not my reason to learn. I didn't actually put French into my language list and never had the plan to learn. However, its similarity with other languages that I have known, in this case, are Spanish, Esperanto, and English has made reading French quite easy to understand. Finally, I chose to improve French for this reason.

French has been a popular language since long time ago, making it one of many languages with abundant learning resources. Italki Article also has many articles about the French language, such as grammar, culture, or even tips for learning French.

Which language are you learning and what is your motivation? Share with us in the comment box.