Guest Post: Talking about Time — How Language Shapes Our Thoughts

It’s well-established that knowing more than one language provides a variety of benefits: people who are bilingual or multilingual are better at problem-solving skills, have larger memory capacity, and have a reduced risk of developing neurodegenerative diseases like Alzheimer’s. But just how much influence can we ascribe to language? Are different languages simply different systems of words that we use to express the same thoughts? Or can language actually shape the way that we perceive the world? A recent study examining how English and Mandarin speakers conceptualize time suggests that language may be more powerful than we had previously thought.

Consider how we describe the time in English. We can look forward to the future, and we can reminisce about a past that is behind us. When we’re feeling particularly organized, we may be ahead of schedule; when we procrastinate, we will have to push back our deadlines. Overall, the terms that we use to describe time are the same as the ones that we use to describe horizontal space (e.g., “I took a step back”, “He ran ahead of me”). Thus for English speakers, time exists on a horizontal plane, with the future in front of us, and the past behind us.

Conversely, in Mandarin, there is a distinct way of talking about time. Specifically, Mandarin speakers frequently use vertical terms to describe the order of events, days, weeks, semesters, etc. For example, earlier events are described as shàng (“up”), whereas later events are described as xià (“down”). That is, in Mandarin, shàng ge yuè means “last month”, and xià ge yuè means “next month”. Researchers at Stanford University found that Mandarin speakers do indeed think about time using these terms. Therefore, for Mandarin speakers, the timeline is vertical: the past is up, and the future is down.

The concept of looking down into the future may seem strange to English speakers. But even more peculiar is the way that Aymara, an Amerindian language spoken in South America, completely flips the notion of time that seems so natural to us: the Aymara language describes the past as in front of us, rather than behind us. Likewise, in Aymara, the future is in back of us. Though this conception runs contrary to our traditional ideas of time, it has its own internal logic: the past, in front of us, is something that we have lived, and so we can see it. On the other hand, the future, which we have not experienced, is behind us -- it has not yet happened, and thus we cannot see it.

Analyzing how languages encode time reveals that different languages are not just sets of words to be memorized; they carry with them an entirely different outlook on how to view the world. In this way, learning languages expands your horizons, which is one of the many reasons why it’s great to learn new languages. Indeed, knowing multiple languages will give you a richer, more complete future — whether that future is in front of you, below you, or behind you. 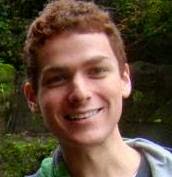 Paul writes for Language Trainers, a language teaching service for individuals and professionals. Language Trainers offers several free educational resources, such as foreign language listening tests. You can find that and other language-learning tools on their website. Don't hesitate to email paul@languagetrainers.com or add visit Language Trainers' Facebook page for more information.