I once wrote an article and asked a friend for her advice on it, to which she responded that it was okay, except I may have some issues with syntax. This sparked my interest and I began to do some research on it. After all, for at least a decade my primary source of income was from translation, from Czech into English, so it was important for me that my writing skills were sharp and on the ball.

Looking up the definition of syntax we get:


" the arrangement of words and phrases to create well-formed sentences in a language."

I admit that I always had problems with English in school, but I figured a few courses at the university should have resolved any remaining issues.

I admit that speaking Czech at home may have muddled up my English word order somewhat, as they are quite different between the two languages, and perhaps my 11 years of learning French and self-taught German and Spanish may have contributed the same, but I would like to believe that more than 20 years of translation for demanding clients requiring quality native English should have polished up any remaining issues.

But it did plant a seed of thought in my head: who owns the English language anyway? The Brits endlessly whine about the quality of English produced by North Americans, but do they communicate in Shakespearean English, thought to be the pinnacle of "their" language? Languages are constantly evolving, and Czech has undergone significant changes over the past few hundred years as well.

What concerns English, as I wrote in my lengthy article on this subject, English is a mishmash of several languages: 40% old French, one-third German, one-third Greek and about 5% Latin. It is proclaimed by leading linguists as a poor choice for a world language. But money talks, as Michael Jackson sings, Hollywood proliferates and the Internet becomes a major venue for commerce and source of information.

I have been told by some of my Czech colleagues that they have invented their own English when communicating with their Chinese business partners across the great expanse. Occasionally I am scolded by native speakers when I adjust my language when communicating with non-natives, that I should not adjust to their way of saying things, as I do, but rather stay "true and native" to teach them how to say things "properly". But is it not more important that I get my point across rather than slowing down the conversation with pedantic? I am not an English teacher. And besides, the English language is littered with exceptions, unlike the Slavic language, which is very pure and consistent in its syntax and pronunciation.

After all, it was a Pole, a master in many languages, who invented Esperanto as an easier platform for people of different languages to communicate with one another. He based the structure of Esperanto on Slavic grammar.

With increasing globalization, I believe that English could mutate faster because of these factors. Microsoft already has International English as part of its dictionary spelling options installed with its Office. Perhaps those who only know one language (a minority in the world) shouldn't be so quick to take a haughty stance by correcting others so much as to bend with the conversation and let the language deviate, as it will. 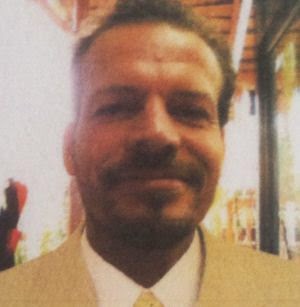 Karel Kosman has translated and managed translation projects for more than twenty years, but now increasingly help other translators pick up new clients or enter the industry through his service at http://homeworktranslationjobs.com/