Rap Songs In My Native Languages 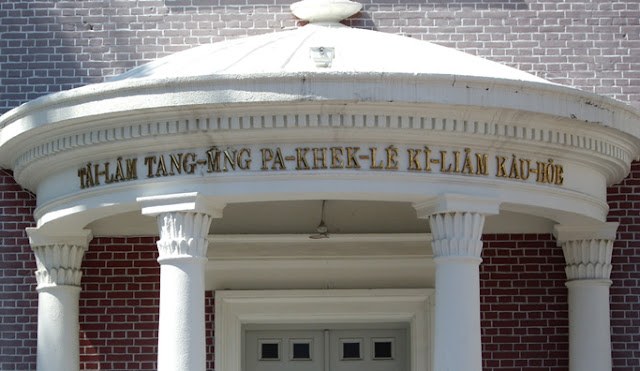 There are many interesting things that one can do with languages because languages cover almost all parts of life. Besides reading, listening to songs is also my favorite pastime. And to be a multilingual means that I have a wider range of varieties to choose from various countries.

Why rap? I used to listen to rap so much and rap is much more like speaking than singing. Logically thinking, the lyrics are like a piece of conversation. It would be cool if you could rap in foreign languages.

Hokkien, or more specifically Medan Hokkien, is a variant of Hokkien spoken in Medan city and surroundings. It is one of several languages spoken in Medan and the lingua franca for Chinese descents there, including me.

There is actually a standard Hokkien writing system by using Latin alphabets developed by Western missionaries called Peh-oe-ji (POJ) or also called Church Romanization. It is not as popular as Mandarin Pinyin although POJ is almost one hundred years older than Mandarin Pinyin.

I personally had never known about POJ until I went to a historical site in Northern Taiwan and had the chance to learn about POJ's development and its usage in the past, most of the time for religious purposes.

Hokkien has more than 46 millions speakers worldwide and Wikipedia ranks Hokkien at the 112th with more than 3,500 articles written in POJ.

Indonesian is a language of a big country in South East Asia and the biggest island country in the world with lots of magnificent natural sceneries from the East to the West.

Indonesia, the 4th most populous country in the world, has made Indonesian as its official language, making it spoken by more than 140 millions speakers, not to mention those who live overseas.

The Indonesian language is interchangeable with Malay, which is spoken mostly in Malaysia, Singapore, and Brunei. Both languages are sometimes regarded as the same language, named Indonesian/ Malay, because of their similarities.

The Indonesian language is one of more than 700 living languages spoken in the country. Wikipedia ranks Indonesian at the 25th with more than 90 thousands articles.

Malaysian Hokkien is interchangeable with Medan Hokkien, perhaps because of the geographical proximity. Although I don't speak Cantonese (but I learned it before), I think it is fine to consider it as an almost-native language for me because my maternal grandmother speaks Cantonese natively.

Taiwanese Hokkien is somehow different from South East Asian Hokkien, like Medan or Penang Hokkien, although Hokkien is originated from Fujian Province of China and Taiwan. I sometimes cannot understand Taiwanese Hokkien because of the pronunciation and word differences. Nevertheless, Hokkien is a language with several variants.

If you have learned Indonesian before, you may realize that Malay is really similar to Indonesian, but spoken with a different accent. They are almost the same language. However, the differences that I found while traveling in Malaysia is that Malay adopted many English words, meanwhile Indonesian adopted many Dutch words.


Do you have any favorite rap songs in Hokkien or Indonesian? Share it below in the comment box.