3 Mistakes in English by Spanish Speakers 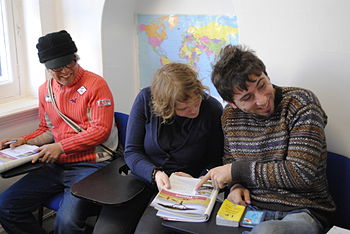 Everyone is learning foreign languages nowadays. No one is too old to learn a language, what matter most is actually the methods and mindset. Various reasons for learning a foreign language are such as, job requirements or moving to another country.

Despite living in a Mandarin-speaking country, English is my main language since I study in an international program. Besides, Mandarin is the language of daily life, used mainly when dealing with off-class chores, such as going to the market or restaurant.

Since English is the main language inside and outside of the class among international students and many of them are not native English speakers, there are lots of interesting moments when speaking English. I noticed several mistakes in English done by Spanish speakers, which I find quite interesting. I am also amazed at how native language influences us when speaking a foreign language.

Please note that I am not a native English speaker, thus, I am also vulnerable to making mistakes in English. However, I want to share with you what I have encountered and hopefully, this could be a lesson not only for Spanish speakers but also for all language learners.

I have learned English for years and I have never heard that phrase until my Spanish-speaking friend said it. It makes sense since I know Spanish (and when I think in Spanish), although it sounds quite not right for me.

A literal translation is what you need to be aware of whenever you speak a foreign language.

Guess what? "Carpeta" in Spanish is not "carpet" in English, but "folder (document case)". In language learning, this is called a false friend.

False friend means a word or expression that is similar to that in a person's native language but has a different meaning.

Many English words with the ending of -tion have their equivalents in Spanish with just a little difference. For instance, introduction / introducción, presentation / presentación or production / producción.