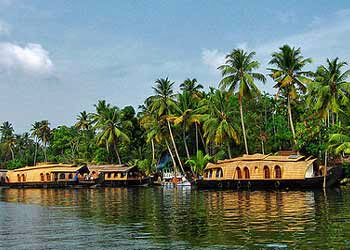 This post is for a friend, Teddy who loves languages - almost all his Facebook posts are language related. The other day he asked me - "What makes learning Malayalam enjoyable?" It was then that I realized, most of the languages I learned was something that came naturally - I mean, I didn't put in any extra efforts to learn any of them.

I can speak English, Hindi, Malayalam, and Telugu. English and Hindi I learned from school because it was part of our coursework right from primary school. Telugu I learned because I was born and brought up in Hyderabad, India. Malayalam is my mother tongue. Yes, I am "Malayalee Kutty". So, I didn't have to take any extra efforts to learn any particular language.

I know many of my friends who learned Japanese, German or French because they really wanted to learn the language! So when Teddy asked me if I could help someone who wanted to learn Malayalam I thought - why not? The least I can do is take the efforts to help someone learn something I know!

About the Malayalam Language

Learning Malayalam is not easy! (Ugh..that's not helping is it?) But its fun! If you ask me, I think the toughest part of Malayalam is pronouncing sounds like "zha", "nji" and "lla". But let me tell you something - During my undergrad, I have had friends from other parts of India who came to Kerala to do their undergrad. Initially, they had difficulty in communicating with the locals because of the language barrier. Slowly they started learning words in Malayalam- simple ones like - "Illa","Venda" (means No), "Vellam" (means water), "Peru Entha" (what is your name?) and the most popular one : "Enik Malayalam Ariyilla"(I don't know Malayalam!).

Slowly they started getting familiar with some commonly used words, listening to Malayalam songs that are played frequently, watching Malayalam movies (In the place where I did my undergrad, the theaters hardly screened any movies in other languages -so they didn't have much of a choice here!) Trust me, after four years of undergrad, some of them speak better Malayalam than me! So if you are interested in learning Malayalam, I would say start with commonly used words.

Here is a list of commonly used phrases that I found online: Common_Phrases. Once this is done, watch some nice Malayalam movies with subtitles - you can learn a lot by watching people talk! Plus the movies aren't that bad.

Here is a list of Malayalam movies that I enjoyed:

Now that you watched some good movies, you might as well listen to some songs! I'll suggest watching them on YouTube.I'll give the links for some of them.

Okay, I think I gave you enough homework to get you started on a full scale! If you need a friend to practice Malayalam with or need a longer list of songs and movies, don't hesitate to contact me! I hope you will enjoy learning Malayalam! Good luck! :)

From the past couple of months, I am working with these amazing group of people called WikiTongues. We are working on making all the languages around the world globally accessible. If you are curious about what I'm talking about you can check out this YouTube link and our website to get more info. We are always looking for enthusiastic people who love different languages to volunteer with us. If you are proud of your language and you wanna be on YouTube, why not do a language video for us? Contact us if you are interested! :)

(Psst: The friend I was telling you about who speaks with long pauses, here's a video of him speaking in Malayalam for Wikitongues!) 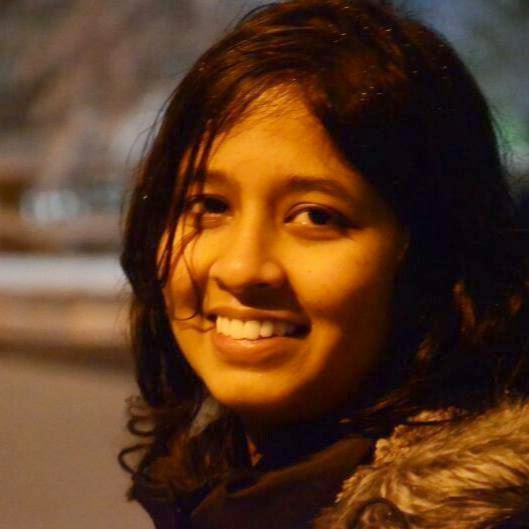 Manjusha Raveendran is a Master student in Computer Science at the University at Buffalo, SUNY. Apart from being a computer scientist, I’m enthusiastic about music and movie and I love to cook.