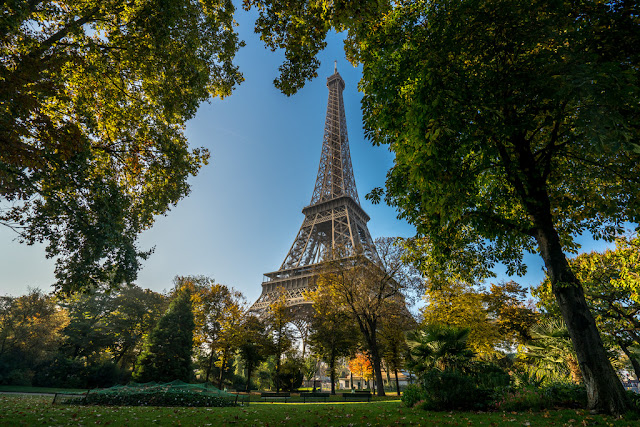 Being convinced that I wanted to do research and teaching, I decided to study Ph.D. in France. For that reason, I started learning French. I think that when you learn new things, you need to be motivated in order to assure success on it. Even if I do not consider myself a bilingual speaker, I have had great experiences learning languages.

My Father, My Hero

In the case of French, my first contact or interest was a long time ago. At the beginning with the cliché that everybody has about France and the phrase “Je t’aime”, I am not very different from other girls. I think that it is part of our culture and you get delighted about Paris, gastronomy, educated people, vintage style and so on.

However, there is another reason that eventually interests me about this “langue de l’amour”. My father was one of them. He used to read and speak in many languages because of his career and he had different language books about science, culture, and literature. In the beginning, I was curious but when my father passed away, I realized that learning languages was not one of my goals or hobbies. I had to work and study something that gave me an opportunity in the future at the same time. My admiration of the only heritage that my father left alive.

I discovered a book at home about an extraordinary way to describe Paris, love, religion, patriotism, and soul, which gathered in a masterpiece named “Los Miserables”. At the same time, I found out not only literature but also music, painting, and science that emerge from this country. Since then, France started to catch my attention. It was not until 2 years ago when I thought to learn it seriously.

I had just finished my Master degree in Science at that time and I had to decide on the next plan. I certainly knew that I want to study Ph.D. and become a researcher, but I am the kind of person who likes to take advantage of every opportunity and put together my different interests if possible. That is why my goal was not just about studying Ph.D., but also doing it in another country, immersing myself in a different language, culture, and meeting new people with different perspective. France was on my top list. If I could get the scholarship, I would definitely do my best in this opportunity.

More than just a language

Two years of learning many things while learning another foreign language, French, has opened open my eyes to a new world. I learned that French is spoken in many countries besides France and I gained lots of exposure to the culture and the people. With social media, it is easier to practice, discuss, and break those stereotypes about French that I grew up with. Most of my experiences with this language have been fantastic and I am waiting for more. I am looking forward to starting in a couple of weeks, with the best opportunity that I could have, to improve my English and French fluency while doing what I love the most.

I would like to share with you the main differences I have found between French and my native language, Spanish. It is not my intention to give a complete list of differences and similarities of Spanish and French because I am not a linguist even though I recently got B1 level. I just want to give some examples that I have found as a learner.

French and Spanish have many similarities with respect to grammar and vocabulary. I suppose that it is because of their same origin as Romance languages. I can list some of the vocabularies in the following list.


About grammar, French use almost the same pronouns to conjugate, except the impersonal in the third person “on” but that is conjugated as he/she (il/ elle/ on) and refers to “us” (nous). French also conjugates almost in the same adverb of time like in Spanish.

Until here, I consider everything is like “la vie en rose”. Now, I would like to start with the difference, which is the tough part.

The first challenge is pronunciation. I will say, you do not write in the same way you read. The word you write is two times longer the word you pronounce. In French, you almost never pronounce the last consonant or syllable.

I will list other differences and I will not examine each of them because it is not the purpose. Several of French characteristics are listed as the following.

If we add the pronunciation column to the list of the previous list of Spanish - French words, we have the following list with Spanish phonetic:
(The “r” sound and the nasal are difficult to describe because as I mentioned before, in Spanish we do not utilize those sounds, but for the sake of example, I exemplify the “r” sound as “gr”.)

Finally, it is not a coincidence that this language can hypnotize the audience, but each effort to master it will be worthy and you will enjoy it. 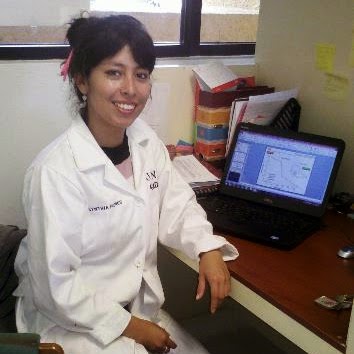 I was born in Querétaro, Mexico. My native language is Spanish and I started to learn English at University. I am a Materials Engineer with a Master degree in Materials Science.
Facebook: Arenita Manrique
Skype: butterfly_d2