Learn Indonesian by a Native Spanish and English Speaker

First, I started to be motivated about the language about a year ago since I had some Indonesian classmates and heard some similarities with the Spanish language; however, I got busy and took a break. It was until recently when I was about to graduate from college that I dedicated myself more.

As I said, Indonesian language has not been difficult for me to read, except some pronunciations such as "ng" and "c" since I usually make the mistake by reading in the Spanish way. Another aspect that I have discovered during my learning period is that the grammar is very straight forward and simple. For example, "I eat, you eat, he/she eats" and "yo como, tu comes, el/ ella come" are "saya makan, kamu makan, dia makan". The verb in Indonesian is the same for any subject pronouns. This is different from the verbs in Spanish and English that change based on the subject pronoun. Other not so difficult thing is that Indonesian has five vowels, which is the same with that in Spanish and English.

The suffixes, affixes, prefixes, and the combination of these words might take a little time to learn. It is funny that all of the vowels are pronounced in the same way as Spanish vowels except "e" that has two pronunciations but are written the same. It is the only difference that can confuse you but I haven’t seen much usage with that "e". Below are some easy ways to learn the pronunciation:

Some other interesting things about Indonesian is that there are a lot of loanwords from other languages, like Portuguese, for example boneka (doll), bola (ball), bangku (chair), bendera (flag), biola (violin), dansa (dance), dadu (dice), garpu (fork), and from other more languages, such as Dutch, English, and Arabic. Some of several words that have been adopted from English are the following:


I have ever wondered why so many loanwords make up the Indonesian language. According to my friends, it is the result of the long occupation by the Portuguese, Spanish, English, Dutch, and Japanese, with the Dutch ruling for about 350 years and this contributes to thousands of loanwords from the Dutch language.

I used to think that Indonesians are always following the standard rules when speaking/ writing but they most of the time never speak/ write in that way. I mean, even you don't speak standard Indonesian, it is still fine since native speakers always speak in the non-standard way.

You will mostly find the standard language in writing, like for educative purpose or other academics. Another observation I made was that as many Latin Americans tend to be very close with each other when greeting, Indonesians tend to have distance with each other. Especially when two persons of the opposite genders greet, they keep enough distance, so the man doesn’t hug or kiss the woman as it is not part of the culture.

In order to reach the most when you are learning a new language, it is necessary to see the opportunities that exist around you. Also bear in mind that you will find out that a language you have never thought of learning might have so many similarities with your native language(s), such as in my case of learning Indonesian. 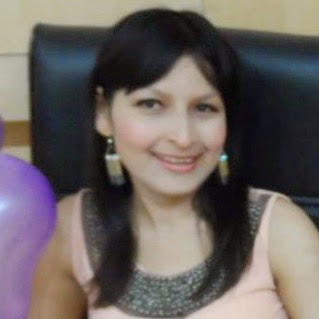 Anita was born in Belize, Central America. She grew up bilingually with Spanish and English languages. She was awarded a scholarship to learn Mandarin and pursue her undergraduate study in Taiwan. She holds a Bachelor degree in Travel and Tourism.

Currently, she has been challenging herself with several languages, such as Portuguese, Italian, French, and also Indonesian. However, she is taking a break from the Italian challenge and hopes to be a better speaker and reader in the Indonesian language.

Taking the opportunity of the summer break, she dedicates her time to learn the language of growing economies countries apart from China. Feel free to follow her twitter @EPolorani.