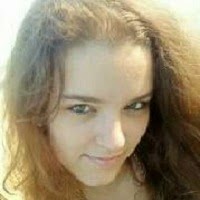 I was born in Portugal and I am living in Germany now. My grandfather is mixed with French and Spanish, so we speak Portuguese and Spanish at home. I have studied French for 3 years but I cannot speak it well. I have also studied British English for 12 years.

I have cousins from Mirandela in Portugal and they taught me Mirandes language. I am also willing to teach that language. I started to study Galician (Galego) because I can understand it 100% when someone writes or talk, but I cannot do the same. Galician is very similar to Portuguese.

I started to learn new languages because I love to talk in different languages, to discover, and to meet new people as well as to learn their culture :D

When we talk in another language, we can get information and speak with different people easier. Besides, we can also experience amazing cultures and read books without the need for translations. We can discover a new world! I read news about a man who translates to 100 languages and that is amazing for me.

The languages that I am learning are Ukrainian, Russian and ASL (American Sign Language). However, I am just focusing on ASL now because learning 3 languages at the same time is too hard. I started to learn ASL because I want to teach that amazing language.

ASL impressed me a lot since I watched a series, in which they show ASL so I decided to learn it. I think that it is an amazing language that represents another culture and a way to see things. Not many people know this language but I really enjoy it.

I read books, see images, and watch videos on YouTube. When I have the opportunity, I ask questions to the person who speaks that language in order to help me improve.

Probably Arabic, Japanese, Chinese, Ukrainian, and Russian. Every language that has different characters could be challenging. This is because my mother tongue languages are of Romance languages, which use Latin alphabets.

I will focus on Russian or Ukrainian in the future. I chose Russian and Ukrainian because they are also important languages, especially for traveling and business.

My advice is to keep on focusing and do not give up just because of a little failure or mistake. You also need to study every day in order to remember what we have learned and practice them by writing. The most important thing is not to give up. You will be able to see a significant improvement after, let's say, one year of studying.

If you have any questions or opinions for Sophia, leave your comments below.
american sign language english interview mirandese portuguese spanish