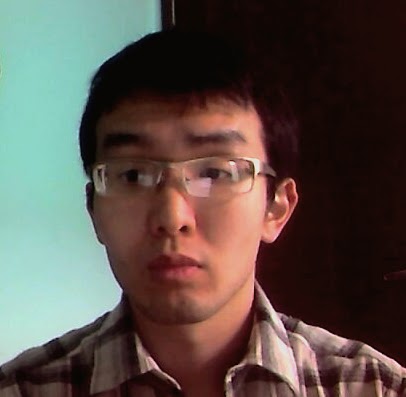 Okay, my name is Yuji and I'm a Japanese-Brazilian. My mother tongue is Portuguese, but I also grew up exposed to the Japanese dialect from the Touhoku region spoken by my grannies. I picked up English and Spanish by playing games, listening to music, chatting, reading, watching TV, series and movies (which is perhaps why I make a lot of mistakes).

The first language I formally tried to learn, however, was Standard Japanese back in High School, and a few years later Catalan. As time went by, I fell in love with Romance languages and picked up a few others as well. By learning them, I also get to learn and become aware of a lot of facts about my mother tongue. I also can speak some Chavacano de Zamboanga, which is a Spanish-based Creole language from the Philippines.

Well, languages are part of my life. I guess it's been always like that, but it wasn't until I graduated from High School that I became aware of that. However, Catalan has been and still is to this day my favorite language. I don't spend a single day without listening, reading or writing something in Catalan. I love how it sounds, it's like magic: it makes me relax and calm down when I'm high, it's all I need when everything seems so wrong and twisted.

And I do have a long story with the language: the oldest memory I have from this is the '98 FIFA World Cup finals. So yeah, in a few days I'm gonna celebrate 16 years since that day. Coincidentally, since then I came across it many times until I finally decided to learn it in 2005. And I don't regret it at all. Actually, most of the Catalan I know I learned using the language. One can't choose their native language but can choose their language(s) of adoption. Mine is Catalan.

Anyway, languages are my main hobby. I really like learning new languages and coming in contact with other cultures. It's a really enriching and fulfilling experience.

I have really a hard time focusing on a few languages for a long time, so I often study them on and off randomly. My main languages are now Ecuadorian Quechua and Québec French, but I also have Pangasinan and Tagalog as side languages.

I don't really follow any specific method to learn languages. If it's a Romance language, then I obviously compare them with the ones I'm already familiar with as a shortcut. Otherwise, I just go for a regular textbook and do a lot of reading, listening and writing. I also extensively use flashcards and mnemonics to help me make the vocabulary stick in my head. I find writing especially useful for me to practice what I learned.

On the other hand, I'm a kinda shy guy, so I don't really speak my languages as much as I was supposed to. I'm not really a successful learner, but I do languages for fun. Since being fluent in a lot of languages isn't really my goal, I guess it's still fine, isn't it?

Personally, I guess it depends on many factors. Having enough resources such as textbooks, grammars, dictionaries you can rely on can be quite decisive on that, at least in the beginning. It also depends on how often you get to practice it or how much exposure you have to the language. Sometimes, it's a matter of attitude as well.

When I started learning Catalan, I used to think I'd never get to learn how to use the so-called "pronouns febles" hi and en (equivalent to French y and en). Then I decided to simply let them be and just try to emulate what my friends would say. When I realized, I was already using them correctly.

Another one: for quite some years I believed learning how to write and read the Thai alphabet was completely impossible. And it was until the day I decided to define smaller goals (e.g. learning a few letters every day) and I eventually made it. So yeah, if you approach something the wrong way or with a negative attitude, you're probably doomed to fail it. Trial and error!

Well, the least challenging ones would be the ones directly related to your mother tongue or at least structurally close to it. Romance languages, that's it in my case. Other than that, if you're motivated enough and have good quality resources, plenty of native materials and access to natives, I guess it depends much more on how much effort you put in it. Now if I were to give names, I guess it'd be Esperanto, but that's, of course, an exception to everything I've just stated here ;)

Oh boy, I have so many languages in the queue. I've studied so many languages and gave up most of them, so right now I'm very inclined to give some of them a shot again. The ones the highest on my list are perhaps Afrikaans, Tamazight, Singlish, Basque, Hokkien, Malay/Indonesian and Macedonian. Other languages I'd love to learn are Miyako, one of the southernmost Ryukyuan languages, and Paiwan, a native language from Taiwan. I know I'm not very likely to learn all these languages, but oh well!

If there's a language you really wanna learn, go ahead. Don't mind whatever people will tell you about it, that you'd better learn _put here the name of the dominant language of the country or a so-called more useful language_, or that it won't get you a higher pay or a better job. Minority languages can be really fascinating, and more often than not, will lead you to meet very interesting people. I guess that really pays off for everything!

If you have any questions or opinions for Marcelo Yuji Himoro, leave your comments below.
catalan chavacano french interview japanese portuguese quechua