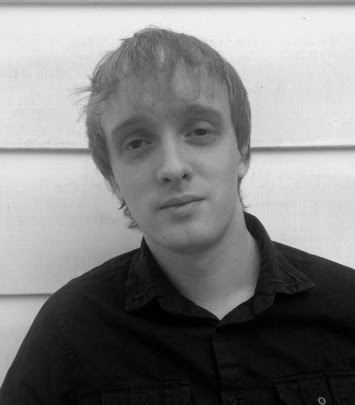 I was raised monolingual – speaking only English until adulthood. A few years ago while working as program director for a non-profit TESOL organization I decided to use my knowledge of language acquisition to teach myself for a change.

I have since studied Russian and Spanish as well as a few other projects that never really got off the ground.

As an undergraduate, I attended Franklin Pierce University in Southern New Hampshire where I studied cultural anthropology.

Languages are constantly-updating time capsules in which we store everything we know or have ever known.  This is the reason I strive to foster awareness of and protection for the vast majority of smaller languages that are being stomped out by their larger counterparts.

I study languages myself for a few reasons: mental health, job and travel opportunities, to expand my reading options, but most importantly because there are just so many people out there worth talking to.

I am still focused primarily on improving my Russian, though I do take the time to exercise my Spanish and limited French. Actually, at the moment I’m leading and participating in LATG’s Esperanto Challenge – a 3-week intense self-directed study of Esperanto designed to test the effects of Esperanto on future language acquisition projects.

I use as many methods as possible to learn. One of my favorites is Memrise, but as a general rule of thumb; languages should be learned through speaking with other people and listening to others speak. I think immersion environments are the best option, but obviously not a choice for all of us, so we have to do what we can to recreate that environment through whatever means possible.

I actually dislike this question a lot – and I hear it often. My reason is that language difficulty is based rather arbitrarily on the learner’s existing languages and motivation to learn.

I think it’s easier for a German speaker to learn Italian than it is for an Italian speaker to learn Japanese; not because Japanese is inherently more difficult, but because it exists outside the Indo European language family and as such bears no resemblance and functions under entirely different rules.

I think this has everything to do with my motivation. I wanted to learn Russian and I enjoyed the learning process immensely. This was not the case with Spanish.

The same story really, I prefer not to rank languages according to difficulty.

However, I do have to admit that I find Esperanto incredibly easy. I think this is because of the way it was constructed through. The language was designed specifically with ease of acquisition in mind and is based around systems I am already familiar with. This coupled with a minimalist grammar makes Esperanto a proverbial walk in the park for me.

I’ve put a *lot* of thought into this and I honestly can’t say for certain that this will still be the case but I’ve been wanting to seriously tackle French for a while now.

I already speak a little, but wouldn’t even call myself conversational. I’ve always found the language to be easy (For me, that is, you know I don’t believe in that stuff!) and have enjoyed any past attempts I’ve made to learn bits and pieces.

But my list is very long and is always being updated. Portuguese, German and Mandarin and more recently Swedish have all joined the list. I would also like to return to Spanish again soon to make some serious improvements.

My advice to language learners is to find something that motivates you to learn. If you’re studying a language and you’re not enjoying it you’re probably doing something wrong. This could mean that you’ve chosen the wrong language for the wrong time in your life, or you’re going about your study habits in a way that doesn’t suit your needs.

First, you need to identify why you want to learn, and then identify how you learn.

If you have any questions or opinions for Brian Powers, leave your comments below.
english french interview russian spanish