If you have ever tried to learn a foreign language then you will understand just how difficult a job it is to be able to translate from one language to another. There have been huge strides made in the technology and algorithms used and today there are some fantastic websites and apps available that can translate in varying degrees of quality, from good to excellent. Here are 3 of the best on the market so you can try them out and find the perfect one for you.

This high-quality machine language translation software has been around since April 2006 and has a large dedicated team that continues to improve all versions. It has 64 languages fully integrated and another 11 languages in an “Alpha” state that are not as accurate and are still under development. It is extremely simple to use and very accurate, particularly in shorter sentences. The online version can translate websites and documents with mixed results. It has a huge amount of language pairs that make it one of the top choices for the web, computer and mobile device usage.

Microsoft started their translation efforts in 2009 and it was rolled into its Bing development area in an effort to fight the dominance of market leader Google. It features 47 available languages with ongoing development to add more languages and increase its accuracy. Bing is now available in the Facebook interface and allows people to simply click on posts that are in a different language and a translation into your default Facebook language is added underneath.

It has apps available for Windows, Mac and Windows mobile platforms and has a website tool that includes the ability to use any mobile device with a browser and camera to take a picture and see your preferred language translation of the text in the picture. Accuracy is good and is on par with Google, particularly in smaller, less technical text translations. It even includes the Klingon language for Star Trek buffs.

This Israeli company started developing its products in 1997 and currently is on version 10 of its translation software. It also has a dictionary and spell-checking products available in 75 languages. It can integrate with a number of products such as Microsoft Office and Adobe Reader as well as most programs that run under Windows or Mac OSX using a pop-up interface.

It has recently been criticized for bundling its product with a toolbar that is difficult to uninstall. Google has gone so far as to end its partnership with Babylon over user complaints of the negative impact of the toolbar in Google’s Chrome browser.

The free online translator has 26 source and target languages to choose from and is accurate but not as polished as the products from Bing and Google. It also limits the number of words translated at one time making it difficult to translate anything longer than a paragraph or a few sentences.

There are many translation websites and apps available that are useful for quickly translating anything you need into a wide variety of languages. The above three are some of the biggest and most well known, so we recommend starting your search there and seeing how you find them. 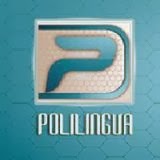 This post and review were written by Russel Smith, editor for Polilingua Translation Services.