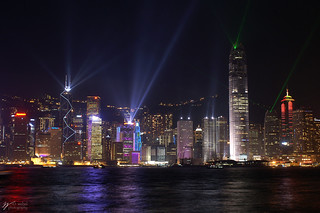 Fortunately, I arrived in Hong Kong on the day after the typhoon had passed through it to Southern China. One-week trip in Fujian Province in China was great. There were many unusual yet interesting things to see and to experience. However, there is one thing that I do not like the most: some websites like Facebook, YouTube, and even Blogger are blocked in China, which means that they are NOT accessible. I searched online and found some ways to overcome the problem but I doubted the safety.


After spending a week in Fujian Province, China, I continued my trip to Hong Kong. Hong Kong is fun too, from Disneyland, the city, to the language. Hong Kong people speak Cantonese on a daily basis although they also understand Chinese Mandarin. You may also see many Chinese characters being used, although some do not exist in Chinese Mandarin language. Do not be confused, Cantonese is a dialect originated from Guangdong Province in China. Due to the long history of British occupation (Hong Kong was returned to China in 1997), many Hong Kong people are capable of speaking English.