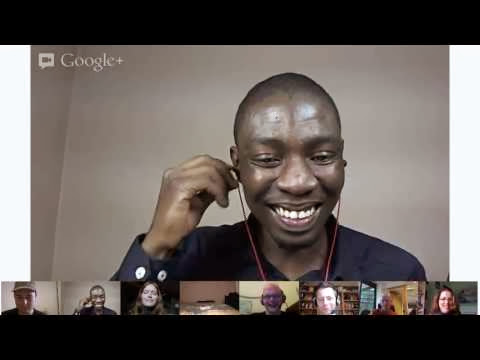 David Mansaray from London was the initiator and he started the discussion with the question "How your personality shapes your way of learning a language?"


The following question is about how to keep the language learning interest alive.


The discussion was then continued with the question of which technique that works for others but not for the panelists.


David continued with the next question about the advice that the panelists can give to learners who are fed up with learning the language.


Due to time limitation, David continued to the next question. It is about which difficulties that are encountered and/ or how to overcome them.


After all, the discussion continued with random questions from the viewers. The first one is about what the panelists have learned from each other.


The next question was "What is your favorite language and why?"

Due to time limitation, the discussion finally came to the end. Just before it was closed, Benny added that everybody is welcome to ask each of the panelists' questions via YouTube, blog, or any social media sites.

Do you know any polyglot or someone who knows several languages? What have you learned from this incredible story? Thanks for reading. Feel free to share this article if you like. If you have any opinions, please leave a comment. I love reading them.
international method online polyglot