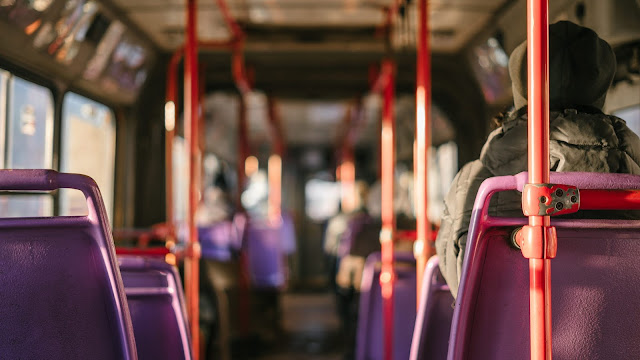 This funny video comes from Taichung (台中) city in Central Taiwan. In the video, the driver speaks mostly two languages, Chinese Mandarin and Taiwanese, which I believe to be his native languages. However, you can also listen to him saying names of places in foreign languages, such as German, Thai, Japanese, and Vietnamese. He also greets passengers in several languages, such as Japanese, Cantonese, and Thai.

Apart from his language ability, he is also good at telling a joke. For instance, he said 台中"缺"血中心 (Taichung "lacking" blood center) instead of 台中捐血中心 (Taichung blood donation center) He is also very familiar with the location of buildings and bus stops along the bus route. This genius driver can even suggest passengers how to go to a place by taking which bus. Besides, he also gives advice to student passengers, such as "study hard", and "respect your parents".

What do you think about this story? Do you know anyone who knows several languages? Thanks for reading. Feel free to share this article if you like. If you have any opinions, please leave a comment. I love reading them.