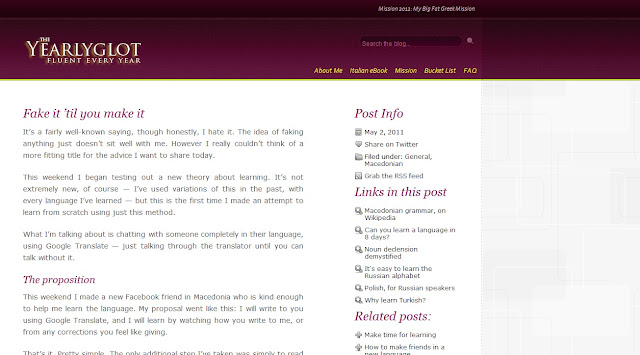 I just found an interesting article from Yearlyglot about language learning, which is using Google Translate. I know that Google Translate cannot always be reliable, but at least it helps in some circumstances. So, the idea works in this way: You will first need to make friends with the native speaker or people who are fluent in the language that you are learning. Write a composition in your language and translate it using Google Translate into the language you are learning. Then, you will learn from the corrections given by your native speaker friends.

The method is easy, isn't it? Apart from learning a language, you can also build your international friendship. Do you have any similar experience? Thanks for reading. If you like this article, spread it out to your friends. You can send me a private message or leave comments if you have any suggestions. I would also like to remind you to subscribe to this blog so you will get updates delivered to your inbox.
Reactions:
Random Posts